All content, unless otherwise stated, is copyright of The Banner Newspaper. All rights reserved.
News

Catastrophic Tremor Takes the Lives of Many 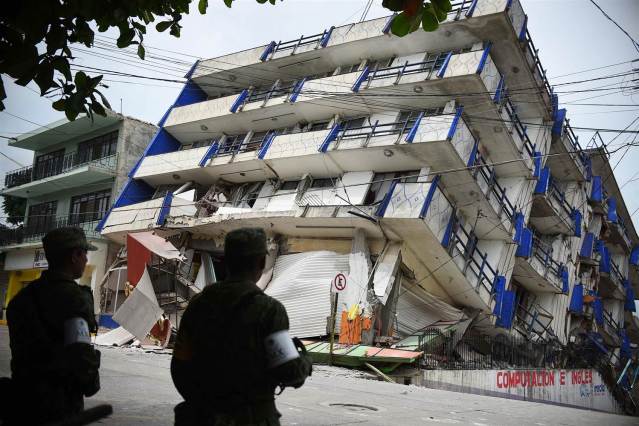 The convulsion left over 300 people dead and about 6,000 injured.

On September 19,  an estimated 7.1 earthquake struck Central Mexico, shaking for 20 seconds. It was centered at about 34 miles south of the city of Puebla.

Mexico is known to be one of the world’s most seismically active regions, prone to receiving earthquakes. It sits on top of several intersecting tectonic plates.

Mexico City lives on a dry lakebed with soft soil that is made up of sand and clay, which intensifies the destruction that earthquakes cause.

Before the Puebla earthquake, an earlier earthquake hit Mexico in Chiapas on September 7, killing about 100 people.

There is a possibility of a link between the earthquakes, which was being scrutinized in the days after the latter.

These earthquakes can cause a long-term risk of seismic activity.

During the Central Mexico earthquake, that static stress transfer was considered dubious due to the distance between the earthquakes.

According to the National Seismological Service (SSN) of Mexico, the epi-center was located 12 km, southeast of Axochiapan, Morelos, and 120 km from Mexico City.

The United States Geological Survey (USGS) placed the epi-center 5 km of San Juan Raboso and reported a measurement of “severe” on the Mercalli intensity scale.

There was a report of strong shaking for a minute, which is a long time for earthquakes.

According to the United States Geological Survey, the earthquake occurred on a dipping normal fault.

An advance warning was given in Mexico City, although, the general experience in the capital was that the alarm and cellphone alerts started only a few seconds before the earthquake.

Some residents mistook the alert for a continuation of the earlier drill.

Nine days after the earthquake, it was reported that at least 361 people had died.

In Mexico City, there were bodies of twenty-six students and four instructors that were pulled from the rubble of the Enrique C. Rébsamen School.

The Mexico City campus of the Monterrey Institute of Technology and Higher Education suffered damage, with at least five people killed and forty injured.

More than 6,000 people had been reported injured by the day after the earthquake, with over 295 confirmed dead.

September 19 is known as a day of remembrance for the 1985 Mexico City earthquake, which killed approximately 10,000 citizens.

Every year at 11 AM, a national earthquake drill is conducted by the government with the use of public loudspeakers located throughout Mexico City.