College of the Damned: What Willowbrook Left Behind

This is Why Our Campus is Haunted 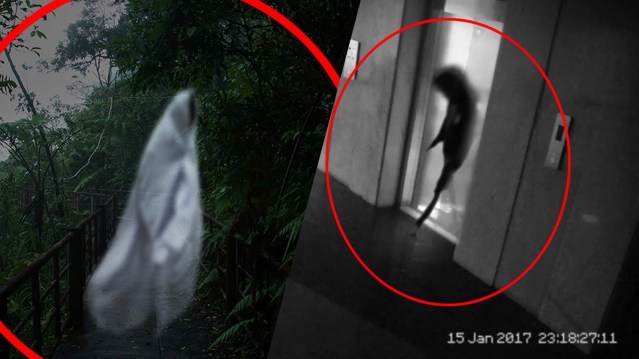 Have you ever felt a chilling feeling while walking on the campus at night– or felt like someone or something was watching and following you?

It is no secret that CSI is said to be haunted, and here’s the proof.

Along with photos taken from security cameras, several staff and students have come forward with their supernatural experiences.

“I work the nightshift and have seen and heard some creepy things myself,” said James Grossweiner, a custodial staff member.

“We have one hallway that I refuse to go down unless somebody is with me.”

Our campus has a dark past containing heinous crimes of torture and neglect; it is no wonder why spirits linger on the grounds unable to move on.

“I work in the admin building on Saturdays and I’m a bit nervous because I work there alone for a couple of hours,” said Diane Dbag. “I know there’s spirits here because the morgue was situated here back during the Willowbrook days.”

One of the main causes as to why CSI is haunted is because of The Willowbrook State School that resided here previously.

This institution as the furthest thing from a “school.” In 1947, this facility was opened as a hospital for children with disabilities who at that time, were referred to as “mentally retarded.”

During its first decade or so, illegal experiments were conducted on patients by professors Dr. Saul Krugman from NYU and Dr. Robert McCollum from Yale.

One of their studies involved feeding the live hepatitis virus to sixty healthy children, which Krugman claimed was justifiable because, according to the doctor, the children would get it anyway.

It was also reported that the patients were force-fed the virus in milkshakes and others involuntary ingested each other’s disease laden stool.

These experiments continued for a long time because many of the doctors and staff considered the patients to be “sub-human.”

It was also because of this notion that many patients were physically and sexually abused by the hospital staff and attendants.

If that wasn’t bad enough, Willowbrook also employed a pedophilic child-kidnapper and serial killer, who is known as the “Hannibal Lector of Staten Island.”

In 1987, Andre Rand was on the janitorial staff at Willowbrook and was spotted walking away with 12-year old, Jennifer Schweiger, a patient with down-syndrome.

Her nude body was later found in a shallow grave on the grounds of the campus.

Rand is also linked to the disappearance of Ethel Atwell an the rape and murder of Shin Lee, who were Willowbrook aides.

While in prison, Rand told his fellow inmates that, “kids entice me,” and compared himself to the notorious Ted Bundy.

He was sentenced to 25 years to life and will be eligible for parole in 2037, when he will be 93-years old.

“Sometimes, monsters really do exist,” said Dixie Normous, a volunteer at the Friends of Jennifer for missing Children group.

In 1965, New York Senator Robert F. Kennedy took a tour of Willowbrook and said the patients were “living in filth and dirt, their clothing in rags, in rooms less comfortable and cheerful than the cages in which we put animals in a zoo.”

He also referred to the institution as a “snake pit.” During this time, Willowbrook housed over 6,000 patients when it’s capacity was only for 4,000.

After this, a class action lawsuit was filed by 5,000 parents of residents against New York State. The lawsuit led to the passage of the 1980 federal law, the Civil Rights of Institutionalized Persons Act.

Seven years later, the last children left the grounds of Willowbrook and in 1993, it started to become the college we know today.

Since then, many students have had otherworldly experiences that gave them the heebeegeebees.

Jak Goff, an undergraduate who works at WSIA, said “I’ve heard some strange noises around the radio station. It gives me some really unsettling feelings.”

Other students aren’t bothered or are skeptical ghosts exist at all.

There have also been rumors that the giant gnome on campus comes to life at night due to being possed by the spirits of the children who have passed.

Anthony Mustacchio, a student who knows what his name sounds like, said “I ran over a huge pothole once and then I realized it wasn’t a pothole, but a giant gnome’s footprint!”

There are also possible other reasons for the ghosts on campus, like the World War II hospital that was here before Willowbrook or the alleged satanists that chased and sacrificed people in the woods surrounding us, but at least you’ll understand why that cold-dead hand is on your shoulder.