A Star is Born: A Bold Retelling That Hits and Misses

Bradley Cooper’s Remake Soars Above its Predecessors, but Falls Short in Depth.

By: Lauren Silverman and Vincent Villani 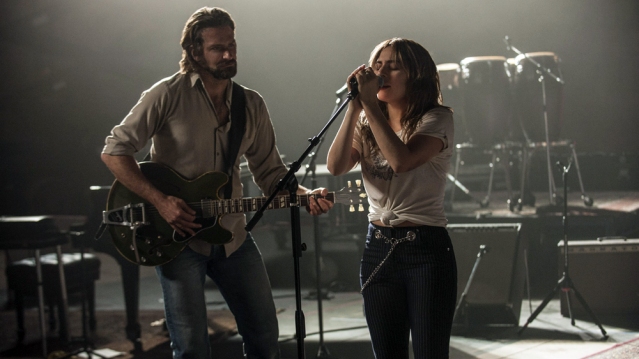 Jackson (Bradley Cooper) and Ally (Lady Gaga) perform together in “A Star is Born.” (Credit: Variety.com)

“A Star Is Born” is a Hollywood legend retold over and over again. For his directorial debut, Bradley Cooper crafted his own original version of the classic story, which was released in theaters on October 5th.

The film’s heroine is a small town girl named Ally, played by Lady Gaga. She has a tremendous singing ability, but is stuck working a menial job and performs at a small bar in the evenings. By chance, she comes across the aging rockstar Jackson Maine, played by Bradley Cooper, who carries the burdens of alcoholism and drug addiction.

Not long after they meet, Ally is thrust into the spotlight and must quickly adjust to the glamour and madness that come with fame. The film explores the trials and triumphs of her relationship with Jackson as well as her musical career.

“A Star Is Born” is unique for more than its innovative retelling. Its critically-acclaimed soundtrack has topped international charts. Its ability to convey the story to listeners while standing out as an independent album make it successful.

The soundtrack contains over thirty songs, most of which are originals composed by Lady Gaga and Bradley Cooper.

Upon its release, the duet single “Shallow” sold 12,000 copies and ranked 14th on Billboard Digital Songs chart. It boasted 8.3 million streams at the end of its first week.

The film contains some impressive performances from a fantastic cast. Lady Gaga’s portrayal of the rising star Ally stands out during the film.

While she is an accomplished pop star, Lady Gaga stuns the audience with her acting ability. She gives Ally ambition and dimension, making sure audiences fall in love with her as much as Jack does. Gaga portrays Ally as talented but humble and at the same time unafraid to chase her dream.

Bradley Cooper also reminds us of his versatility as an actor. Cooper portrays Jackson Maine as a man with many demons, but a genuine heart. Jack struggles with alcoholism and drug addiction for the duration of the film, but his love for Ally is unwavering.

“A Star Is Born” also boasts a cast of talented supporting actors.

Hollywood veteran Sam Elliot portrays Bobby Maine, Jack’s older brother and former bandmate. Bobby acts as his father figure, albeit a questionable one, cleaning up Jack’s messes and pushing him to take care of himself.

Ally’s father Lorenzo, a car service driver, is portrayed by Andrew Dice Clay. Lorenzo adds extra depth to Ally’s character, having been an aspiring singer himself. This drives Ally to take a leap of faith and join Jack on stage.

Comedian Dave Chappelle makes a brief but impactful appearance as Noodles, Jack’s old friend from Memphis. After one of Jack’s drunken escapades, Noodles takes him in and helps Jack realize how he truly feels about Ally.

But despite its dynamic cast and passionate soundtrack, “A Star Is Born” falls short of its full potential.

Despite Cooper’s strong acting ability, his portrayal of Jackson paints an unnerving picture. Jackson’s obsessive pursuit of Ally is charming to the characters, including Ally herself, but unsettling to viewers. His initial creepiness makes him difficult to sympathize with later on in the film.

A deeper look into Jackson’s addictions might have given the audience a chance to connect with him. However, a great portion of his health struggles are presented through the other characters’ frustrated dialogue, including passive comments about his drinking or arguments about his well-being. This causes further disconnect between Jackson and the audience.

Ally is often at odds with her manager Rez, portrayed by Rafi Gavron, who tries to market her as a pop star instead of a humble ballad-writer. Though she resists him at first, they eventually make compromises and her career takes an intriguing turn.

Yet the jump from refusal to complete acceptance leaves questions unanswered. The audience does not see enough of Ally’s struggle to remain true to herself amidst the demands of the music industry, which is an unfortunate loss.

These issues lead to an overall lack of depth, which in turn diminishes the believability of the characters’ behavior.

Ally’s story, however, is an interesting reflection of Gaga’s career. Hailed as a queen of modern dance music, she treated fans to the soft, stripped-down album “Joanne” in 2016, where she explored themes of family and emotional turmoil.

“A Star Is Born” received a rating of 90% from Rotten Tomatoes and 88/100 from Metacritic. The movie will be sure to enchant the audience with its soundtrack and heartfelt story.