Commentary: What You Need To Know About The Orange Weekend

Why You Should Support The Cause 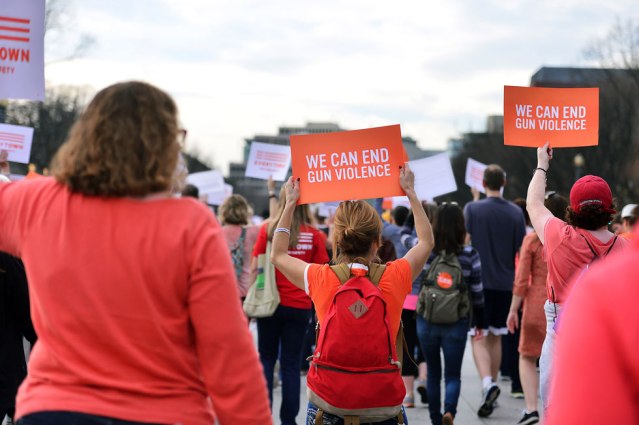 Why go orange? The color symbolizes peace and is used to represent the movements around the United States against gun violence.

Let’s state the facts: According to WearOrange and Amnesty USA, more than 30,000 men, women, and children are killed with guns each year in the U.S.

The US accounts for 80% of all gun deaths in the world. Of these deaths, 86% are women and 87% are children. In the US every day 46 children are shot in murders, assaults, and suicides.

The US has had more mass shootings than any other country. In a study of 11 countries over the past 14 years, 1.15 million Americans have been killed by guns since John Lennon.

If this wasn’t enough for you to join the Orange Movement then let’s talk about the mass shootings of last year.

This means that 88.9% of the year we’ve witnessed a crime that we’ve ignored, and it’s becoming a crisis for the entire nation. There was an average of 26 shootings per month and an average of 40 deaths each month.

No to mention the statistics based on race, skin color, sexuality, and even religion. This is a crisis that we are all suffering from and we should all step in to abolish it.

The more we try to make this issue relevant for Washington and politicians, the more steps we take backwards. Every shooting becomes a high-profile tragedy until an even bigger one occurs, but no one has done anything that will provide security for every citizen, not even the kids.

Kids don’t feel secure in their own schools, and the methods we’ve approached to stop this include giving guns to teachers, clear backpacks to students, and more police forces to schools.

Are these methods working?

If we don’t raise our voices and show the entire nation that gun control is needed then there will be triple the victims in 2019. We will get to a point where mass shootings will become the norm.

It is not normal for people to die because some irresponsible person has a gun, civilians openly walk around with guns, and hide them in their homes.

There’s no need for that and we have to end it, 2019 is the year where we will be heard and we will end gun violence together.

Wear Orange is a movement where gun sense activists come together to fight for a future free from gun violence. The Orange Weekend is an opportunity for regular people like you to get involved and show support to the gun violence victims.

The movement represents people coming together to show the government that we all want change and we will work together for our kids and our next generations.

Get ready for the Orange Weekend starting June 7th. Be sure to come out and support the future of the U.S.

There will be tons of events all around the country so make sure to check out wearorange.org and sign up for an event near you! Come out, wear orange, and say no to gun violence!