The Story Untold Begins To Unfold 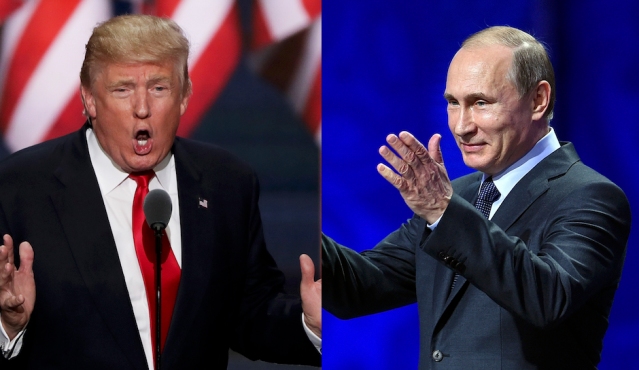 President Trump has been accused of having close ties to Russian President Vladimir Putin.

According to a BBC news report, American Intelligence officials have claimed that Moscow tried to influence the election in favor of then republican candidate Donald Trump.

It is also alleged that Russian hackers procured information linked to former presidential candidate Hillary Clinton and publicized it to undermine her chances for the presidency.

20,000 emails were stolen by hackers and published on Wikileaks, and intelligence officials believe with “high confidence” that Russia was behind the operation.

President Trump addressed Russia in a press conference back in July of 2016 stating, “Russia, if you’re listening, I hope you’re able to find the 30,000 emails that are missing”.

This statement caused a fair amount of outrage.

Manafort resigned as President Trump’s campaign chairman months before the election and is currently under investigation by special counsel Robert Mueller and his team.

Trump argued about the findings in a presidential debate, stating, “…could be Russia, but it also could be China, it could also be a lot of other people. It could be somebody sitting on their bed that weighs 400 pounds.”

Secretary Tillerson also has close ties with Vladimir Putin. Despite that, Tillerson was sworn into the position on Feb 2.

In January, Buzzfeed published a dossier compiled by Christopher Steele, a former British Intelligence officer and Russian expert, that was claimed to make the president liable for blackmail.

CNN reported that former president Barack Obama and Trump had been briefed on the existence of the dossier by intelligence officials.

However, Buzzfeed decided to take it a step further, publishing the information. Upon the publication, Buzzfeed had received political backlash for releasing unsubstantiated claims.

Trump regarded the dossier as fake news and dismissed it.

In an open hearing, held rarely by the House Intelligence Committee, James Comey, director of the FBI at the time, confirmed an ongoing investigation that began in July 2016.

However, James Comey was fired by Trump on May 9.

The following day, President Trump met with the Russian Ambassador and Foreign Minister.

It was reported by the New York Times that President Trump told them firing Comey had relieved “great pressure”.

Comey expressed that President Trump asked him to drop the investigation on Michael Flynn, national security adviser who resigned 23 days on the job.

He stated that he “inadvertently briefed vice president-elect and others with incomplete information regarding my phone calls with the Russian Ambassador.”

Regarding this, media in the United States reported Flynn discussed the potential liftings of the sanctions placed on Russia by former president, Barack Obama.

Comey also confirmed President Trump’s account that he told them the FBI wasn’t investigating him personally.

He also expressed he continued writing memos of the meetings, fearing Trump might lie.

The White House denied that the President asked Comey to drop the investigation on Michael Flynn.

The President also questioned the neutrality of Robert Mueller, stating his friendship with Comey is “bothersome.”