Not So Smooth Sailing for CSI Drivers 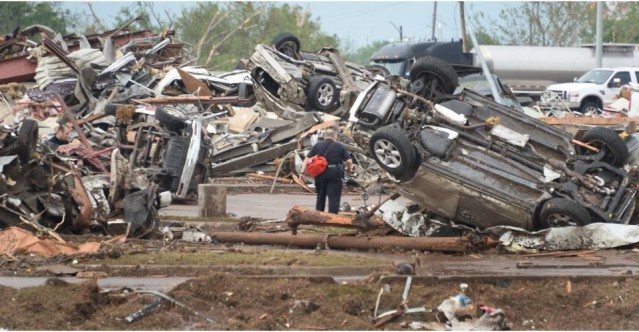 A Theoretical Look at What Will Become of CSIs Parking Lots. (Credit: citylab.com)

CSIs campus has been notorious for its roads and President William Fritz has made a decision that surely won’t sit well with people. On March 26, 2018 Fritz announced his plans to remove all available parking lots for students and faculty alike.

When asked why he made the decision, Fritz elaborated that it was because of all the complaints CSIs roadways had received over the years. “All I hear about this campuses roads are that they aren’t smooth and are full of potholes” proclaimed Fritz, adding that many of these complaints came after all of the work done to the campus this year.

“Because you students are so ungrateful of my hard work towards this campus, I have decided that all parking lots will be permanently removed from this campus.”

Fritz met with the Board of Education earlier in March, in which his movement was unanimously approved; by reallocating money from the food and computer budgets, Fritz was able to greenlight his plan.

Although Loop Road will not be changed in any way, all connecting parking lots will be blown up using light explosives; any objects already in the parking lot such as vehiclse will not be moved prior to this. The objective is to destroy the parking lots and leave them as they are with no further work required.

Additionally, mines will be placed where the parking lots used to be to enforce these changes; they will be monitored and replaced on a weekly basis. “You park where you shouldn’t and I’ll blow up your car!” joked Fritz.

A parking plan was instated for faculty in which their cars will be airlifted by drone and placed on top of the campus buildings for a $100 fee. These drones can only be activated by the car owner and they will additionally attack any unknown persons within the vicinity of the vehicle.

Although all of the parking lots will soon be removed, students can still park their vehicles throughout the campus. This includes on the grass itself, much to the dismay of the diverse wildlife on campus.

“You can park anywhere you want as long as it isn’t where a parking lot used to be” Fritz specified. “You can park on the walkways, on the sports fields, in the nearby woods and you can even park in front of the building entrances so students have to use the windows to exit the buildings.”

Although Fritz was very pleased with his decision, he was met with a variety of responses from students and faculty.  Mike Rotch, a nursing major, remarked “This is the worst thing CSI has ever done. Next thing you know we’ll have to take all of our classes outside.”

Jacques Strahp, a health science professor, said “I think the idea is a great learning experience for students about how hard life could be. I just wish I could pay for the drone program and park my car.”

The wildlife seemed visibly upset by this change but every animal declined an interview, often resorting to force and violence to avoid speaking to Banner staff. This might relate to the ongoing turf wars, but no conclusive evidence was found.

Gary Reichard, Senior Vice President for Academic Affairs, came out in full support of Fritz’ parking plan. “When Fritz first recommended the idea to me, I instantly agreed with him. Back then, we had to park our cars on top of other people’s cars, so I don’t understand the fuss.”

Fritz stated that the plan will begin during Spring Break, with the expected completion date of April 8, the last day of Spring Break. “I want to finish this as quickly as we can, because the sooner we finish, the sooner students will feel remorse for their complaints” admonished Fritz.

All ongoing road work on campus will be suspended in the meantime, resuming when all parking lots are totally demolished. The change is certainly unpopular and controversial, but it is here to stay.

Just be wary of parking in places such as the track and baseball fields, as students will have to move their cars for practice or face a variety of punishments, ranging from having their cars towed to their car being crushed with all of their personal belongings inside.