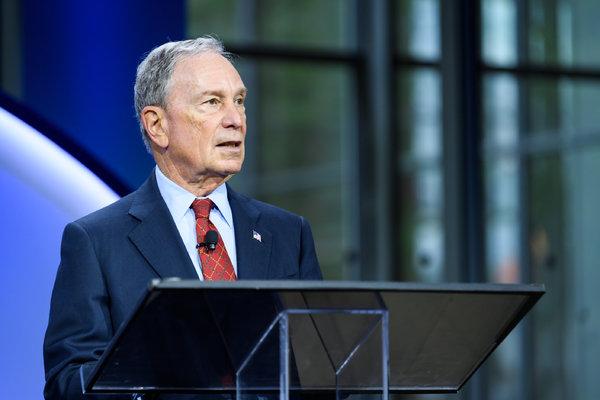 Bloomberg announced his return to the Democrats via Instagram on Wednesday, October 10th. (Credit: nytimes.com)

Former Mayor Michael Bloomberg is making headlines in the political sphere as a possible Democratic candidate for the 2020 presidential race. Bloomberg served three terms as the Mayor of New York City under the Republican party.

Before he campaigned for Mayor and won, he was a registered Democrat for most of his life. After his third term he shifted to an Independent and remained that way until just recently.

On October 10th, he announced online that he re-registered as a Democrat “because we need Democrats to provide the checks and balance our nation so badly needs.” (@mikebloomberg ig).

The CEO of Bloomberg L.P. has been critical of President Trump and the Republican Party in the last couple of years. “I’m just way away from where the Republican party is today,” he told the New York Times back in September.

He’s also not unfamiliar with the idea of becoming a candidate on the Presidential ticket. In 2016 he opted out of the idea, fearing that running as a then Independent would split the Electoral College up, resulting in a vote for an extremist.

Progressive Democrats haven’t taken too well to this possible news, believing Bloomberg’s time is way past due. With a “blue wave” of a wider variety of people running as Democrats for all levels of government, the white seventy year old billionaire isn’t the savior they seek.

Even if it’s only for the press, Bloomberg insists his focus right now is on the midterms coming up in November. He’s in talks with Democratic leaders and his goal is to flip the house in favor of the Democrats.

Despite all this, Bloomberg’s views are still mid-center and not progressive enough for the party to seriously consider him a candidate. Bloomberg still defends his ‘Stop and Frisk’ policy that emerged during his time in office. The policy allows for the NYPD to question or detain civilians that are suspicious of crime.

Criticized for having a racial disparity against Blacks and Latinos, Bloomberg states that ‘Stop and Frisk’ has nothing to do with race but was about decreasing crime. He is also critical of the Democrats’ views on big business and is more in line with the Republicans’ support of them.

He used Charlie Rose, an ex news anchor with harassment allegations, to express his doubts of the #MeToo Movement. Several women came out against the anchor and he’s been outcasted, yet Bloomberg wasn’t sure what to believe.

Democrats were outspoken about their support for victims during this time last year when the movement really took off. Bloomberg’s attempt at a nomination would certainly be a bit awkward for him with the prevalence of the #MeToo Movement.

With midterms so close he is certainly receiving support for the money he is donating to candidates. He is pouring millions upon millions into the Democratic agenda in the last couple of days.

As of right now, Bloomberg has not confirmed any actual plans to run. Although most places have reported on a presidential run for the billionaire, these are nothing more than rumors.

However, a run would definitely explain his pledge earlier this year of over $80 million to the Democratic Party. His continuous support for a party, despite not being part of it for almost twenty years, also explains this.

Bloomberg’s drive for a better environment and public wellness on top of his long political career certainly make him someone to keep eyes on in the next year. For now it’s safe to assume anything is possible for the 2020 election for both major parties, although some things are less probable.