A Lesson Learned from Ariana and Pete: Don’t Rush it!

Valuing the Patient Journey into a Happy Relationship 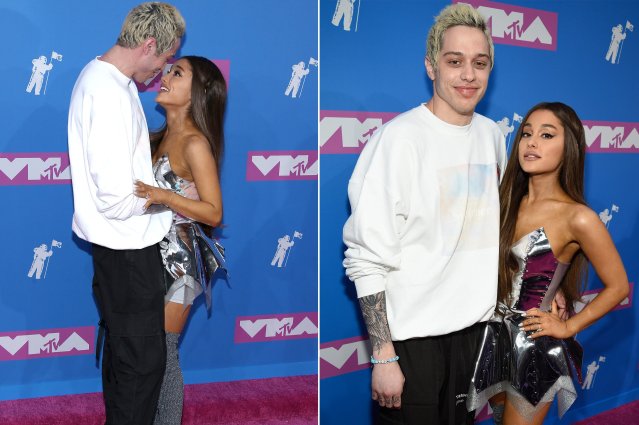 Ariana Grande and Pete Davidson on the red carpet at the 2018 VMAs. Photo Credit: TimeMagazine.com

It’s the holiday season y’all, and many of you are probably thinking about finding that special someone to make you feel special and marry, but before you make any wedding plans let’s talk about how to find the right one.

We’re in a modern era where getting a divorce is pretty common. According to the American Psychological Association, about 40 to 50 percent of married couples will divorce. Which begs the question: are people just rushing into marriage?

A good example is the relationship between pop star Ariana Grande and SNL star Pete Davidson in 2018 and in case you forgot, I’ll give you a run down.

On May 10th, Ariana went on instagram to confirm that she and rapper Mac Miller had split saying, “I respect and adore him endlessly and am grateful to have him in my life in any form, at all times, regardless of how our relationship changes or what the universe holds for each of us!”

Then on May 12th, it was reported that Grande and Davidson were hanging out at an SNL afterparty. Four days later on the 16th Davidson and his now ex-girlfriend Cazzie David broke up. Shortly after, on May 23rd fans started to notice that Davidson and Grande had matching cloud tattoos.

Finally, on May 30th the couple made their relationship official with an instagram photo of them dressed in a Harry Potter themed photoshoot.

On June 12th, it was rumoured that the two were engaged after only dating for a month. Then three days later, Davidson posted a photo of the two and on Grande’s hand was a big ass diamond ring.

The two moved in to a $16 million dollar five-bedroom apartment in New York and Ariana revealed that she dedicated a song on her new album Sweetener to him, called “Pete Davidson.”

The next day on June 20th, Pete confirmed the engagement when he went on The Tonight Show with Jimmy Fallon. Five days later, Grande got a new tattoo of the digits of the badge number of Davidson’s dad who passed away on 9/11.

On August 16th, Grande starred on The Tonight Show with Jimmy Fallon and told Fallon that she has had a crush on Davidson for years; the next day Sweetener dropped and we got to hear the song “Pete Davidson” for the first time.

Grande and Davidson then got a pig they named Piggy Smallz, and of course, Davidson got a tattoo of the pig.

But on October 9th, images showed that Davidson had covered up his tattoo of the dangerous women with bunny ears with a heart- making fans wonder if something happened in their relationship.

Five days later, TMZ reported that the two had called off their engagement.

Look; I love Grande but she and Davidson rushed through that relationship like there was no tomorrow. I mean, where was the time to get to know each other and spend time getting to know how each other’s lives and go through the ups and downs?

I personally have fours stages of being with someone. The first stage is the dating stage where you go out with people and get to know them, their personality, and whether or not you two are compatible.

The next stage is the relationship stage where you two can now express the love and connection that you built from the dating stage and you two can now start to rely on each other for emotion and physical support and yes, it’s time for sex.

The third stage is the engagement stage where you have been in the relationship stage for several years (I say wait at least three years before moving to this stage) where you feel that you can’t and don’t want to be with anybody else in your life. You might be thinking why is this a stage.

It is a stage because engagement is where you blend your life with the other person, and you’ll have the same last name, bank accounts, and next of kin in case anything happens to you, and not to mention you guys have to plan a big wedding.

The last stage is, of course, the marriage stage where now you guys live in unison and share everything. This is the example Grande and Davidson needed to follow before jumping into a relationship.

And in my opinion, everyone should do this because it gives everyone the room to get to see who the other person truly is and break up if things don’t work out before you get married.

I hope you hear my advice and good luck dating!