The New Student Activity Fee Proposal: Why It Matters

“It’s a Bandaid, Not Permanent” 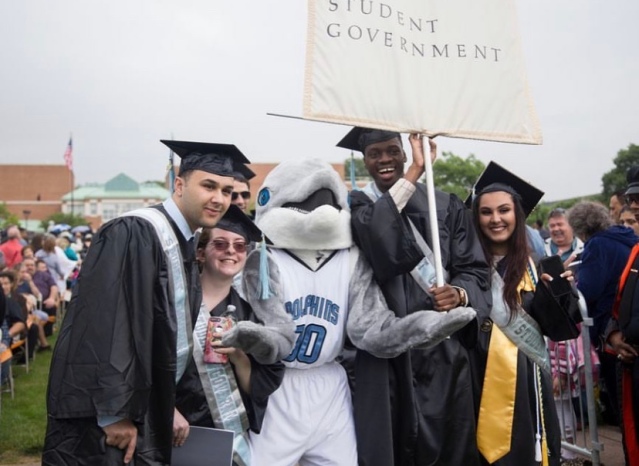 Before issuing the proposal for the reallocation of the Student Activity Fee, the Finance Committee of Student Government wanted a better understanding of how each operation works.

A team comprised of four Student Government members and two students set out with purpose to receive information about each earmarking groups’ expenses and line items.

Ultimately, the team wanted to assess which groups can take a hit for reallocation of the fee, and which cannot afford to lose any more and face a future deficit.

Once the committee gathered much of their needed information, they put all of the groups’ budgets into a master head sheet and examined each budget individually.

At a recent Student Government meeting, there was an executive call that asked for people to be dismissed so the board could discuss the fee. As the approval occurred with several participants unaware, it should be noted how this proposal will affect everyone.

According to the team, they wanted to project how each group will stand next year, since some groups will not spend the entirety of their budget. So, they analyzed which earmarking groups should experience increases and cuts in order to redistribute the Student Activity Fee and also determine how to create a new line for a Commencement Fee.

The need for a Commencement Fee has been discussed because the commencement expenses have burdened CSI Association’s budget.

As proposed, there would now be a separate $50,000 budget for Commencement each year. While this lifts a heavy weight off of the CSI Associations’ shoulders, it may affect a few groups who can afford to spare part of their money.

Moving with their plan, the committee sought out groups that had extraneous expenses that might not be relevant for all students. This is important because regardless if a student is full time or part time, they contribute to this Student Activity Fee.

For instance, Athletics had expenses of around $18,000 for recruiting future athletes. This expense does not apply to the current students who pay to attend CSI. In addition, the part-time students on campus are unable to even be part of a sports team.

With a decent number of students who are unable to participate, the roughly $17 that these part time and summer students are paying toward the fee could be reallocated for things that they can actually make use of.

Along with this idea of paying for things that you are not able to participate in, summer semester students are currently paying for activities that are often not offered in the summer.

Typically, clubs, publications, intramurals, and sports are not having meetings or practices during the summertime.

Along with Athletics, WSIA Radio Station would be facing a loss from the reallocation. This was determined because their prior year expenditures did not justify the current fee amount.

Publications will also potentially be taking a hit for the similar reasoning. However, with emerging publications such as “Queer-Zine”, “Brainbow”, and “All Ways A Woman”, this may cause a future shortage of money to allocate for their usage- just about $30,000 to split between the three new groups.

Another group that is having their part of the fee modified is Transportation. Specifically, Transportation used to be funded by college support. In recent years, Transportation expenses have been carried by the Student Activity Fee.

In fact, a majority of CSI’s population commutes by car, not transit.

With Transportation services being cut either way, Student Government members felt that reducing their revenue would not change the services offered to students currently.

While some groups may face the brunt of the blow, other groups might benefit from this reallocation. According to projections, intramurals were going to be negative. With the current evaluation of each budget, there would be an increase in the money allocated to intramurals.

Health and Wellness, an important service for students on campus, is partially funded by the Student Activity Fee. In order to keep this program sustained for the students, the proposal initiates an increase to revenue to match the current operating expenses.

Childcare will also be benefiting from this reallocation. This earmarking group receives most of their funding from grants, many of which are not guaranteed. With increases from the Student Activity Fee, childcare services will continue to be offered to students who need it.

However, the same argument could perhaps be applied to figure out whether students who do not utilize the childcare center at all should contribute to this program.

While this all sounds logical to give money where it is needed, this reallocation serves as only a bandaid.

In order to fix this issue in the future without much redistribution of money, students are encouraged to come vote in the Spring elections, about 10% of the student body is needed to help these groups that are at risk at CSI.