The Hypocrisy of Oprah and Hollywood Elites 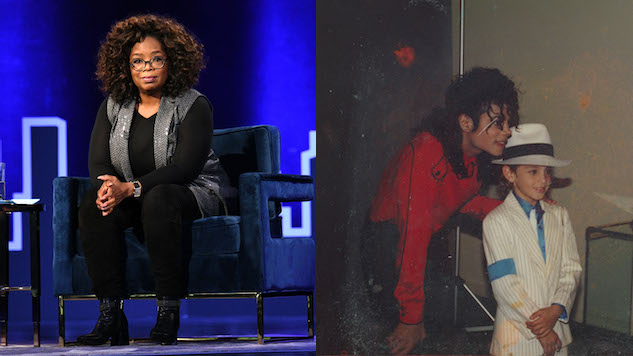 Winfrey’s support for Leaving Neverland doesn’t add up with her silence on the Weinstein scandal. Credit: Paste Magazine

Oprah Winfrey has championed herself as the mother figure archetype of Hollywood. From struggling with childhood sexual abuse, to working odd news jobs, Oprah’s story has been one we’re made to appreciate.

From being a black woman on daytime television, rising through struggling ratings, to becoming a household name, it is definitely an impressive rise to say the least.

However, lauded as she once was, there are some questionable actions that Winfrey needs to answer.

The ‘Me Too’ movement was kicked off by sexual abuse allegations towards Harvey Weinstein, the famed movie executive.

Several movie actresses, including Angelina Jolie and Lupita Nyong’o, have claimed Weinstein acted inappropriately with them.

In the time since the allegations, Weinstein has received several delayings of his court procedures. His latest delay moved his trial date from September 2019 to January 2020.

Weinstein was formally charged in May 2018 with several counts of rape, sex abuse and sexual misconduct. He was given an ankle bracelet and can only travel to New York City and Connecticut.

In early 2019, a documentary titled Untouchable premiered at the Sundance Movie Festival.

However, little to no attention was given to the Weinstein documentary, which went into detail about how Weinstein preyed on women using his power and influence as a Hollywood movie executive.

Instead, Winfrey and her associates decided to promote another documentary, Leaving Neverland. The film follows two men that say they were sexually abused by late pop star Michael Jackson as boys.

It seems like once again in American society, black men are scapegoated for the problems that affect society at large.

That is why it is so perplexing why someone of Winfrey’s stature, a black woman, would decide to attach herself to Leaving Neverland.

An even bigger question is why hasn’t she addressed Weinstein’s sexual abuse allegations?

When it came to Leaving Neverland, Winfrey went on full force to endorse the documentary.

The ultimate act that has left a permanent scar in the legacy of Winfrey is when she decided to hold a special show after airing Leaving Neverland.

She invites the alleged Jackson victims along with director Dan Reed. Winfrey expresses her support to the alleged victims.

Yet as of this writing, it appears Winfrey has no plans to invite any of Weinstein’s alleged victims for a sit-down.

Despite concerns with the validity of the film, such as James Safechuck’s claim he was abused in a train station that was not built until years after he claimed it occured, Winfrey has not wavered her support.

Many have noticed since the coming developments that she has removed all content on her YouTube channel relating to the film.

The allegations against Weinstein are what jump-started the ‘Me Too’ movement. Yet media coverage would tell you different.

With simple google searches on Jackson and Weinstein, one can see a difference.

Jackson has passed away ten years ago, with no ability to defend himself, yet is branded an abuser over a film.

Weinstein has had hundreds of women make claims against him, yet we’ve seen little reaction. Maybe an article and a short news story.

There has been no calls to boycott Weinstein or any of the movies his production company produced, yet several radio stations worldwide have banned Jackson’s music.

Through her silence and connections, Winfrey has made it evident where she stands and it’s a shame.