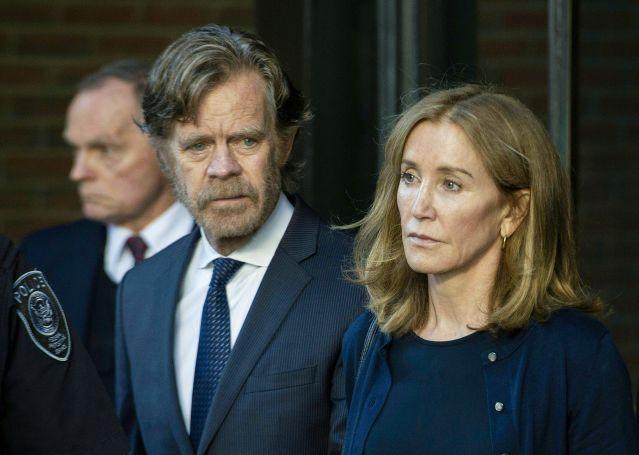 Felicity Huffman was one of many charged in the college admission scandal. Credit: washingtonpost.com

When the news broke out that people were paying their way into top American universities, there was nothing but scandal. Many pleaded guilty, and now they want to use their wealth as a means of buying a lenient sentencing.

Money might buy power, but can power buy a spot in a top university?

On October 2nd, 2019, a federal judge announced the year 2020 as the time frame for trials of those facing charges in the college admissions scandal. Emails, phone records, and personal documents are currently under strict review before an official trial date is set.

Once the trial commences, there will be no turning back for the 50 accused. Not only does the scandal involve famous faces like actress Lori Loughlin, even common wealthy people are being criminally charged.

Co-chairman of a major law firm, Gordon Caplan of Boston, Massachusetts, was sentenced to one month in prison, and ordered to pay a $50,000 fine on Thursday, October 3, 2019. In response to the scandal, California governor Gavin Newsom signed three laws that would tighten schools’ admission requirements, on October 4th, 2019. Newsom signed another law that would prevent those found guilty from receiving specific tax benefits.

An estimated 50 people have been charged with counts of fraud and bribery since May of this year, including actresses Felicity Huffman and Lori Loughlin. The accused worked with college admissions consultant William “Rick” Singer, to fix their children’s SAT/ACT scores, claiming false information on applications such as involvement in sports and recreation, and bribing athletic coaches and directors to secure admission into schools such as UCLA, University of Southern California, and Harvard.

Singer plead guilty back in March. He worked with wealthy people all over Los Angeles, Silicon Valley, and New York to direct them towards the scheme.

On November 20, 2019, Igor Dvorskiy will plead guilty to conspiracy to commit racketeering. Dvorskiy is the director of West Hollywood Preparatory School.

After signing a plea deal, it was revealed that Dvorskiy acknowledged that he did in fact take bribes from William Singer. Singer then directed his wealthy clients to register their children to take their college admissions exams at the West Hollywood school, where Dvorskiy was employed as director.

Actress Felicity Huffman, who worked with Dvorskiy to polish her daughter’s SAT scores pleaded guilty to paying $15,000 in bribery, and was sentenced to 14 days in prison on September 13, 2019. Huffman confessed, “I broke the law.”

It was alleged that Lori Loughlin paid Singer $500,000 to secure her two daughters admission into University of Southern California. Loughlin pleaded not guilty.

The power these individuals hold over college advisors and recruiters is their immense wealth. The accused practically bought their children admission into top schools across the country.

When wealth consumes someone, it seems like their power is unstoppable. Until, that is, when the FBI conducts a search.

Maybe money couldn’t buy admission into a university so easily, but it did buy an explosive scandal that will leave a mark on higher education.