When One Shot Makes Politics Personal

The Undeniable Truth of How Politics Can Affect Our Lives 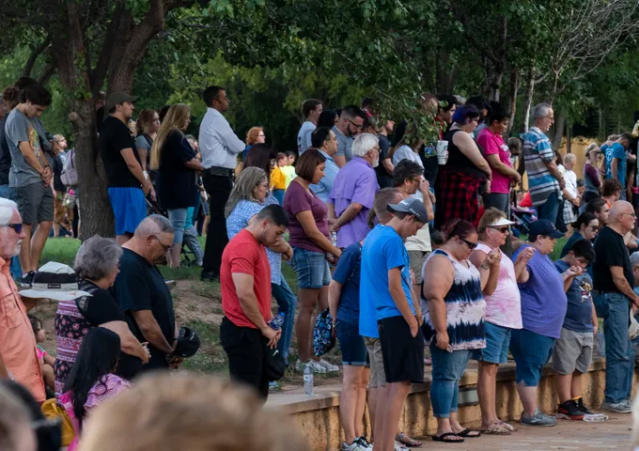 How “politics as usual” allows for more tragedies. Credit: azcentral.com

I never expected that I would ever have a close friend of mine or anyone else in my life be in the wrong place at the wrong time.

What I’m talking about is a tragic shooting in Texas that wasn’t so long ago.

Now, what is scary is that I guarantee you don’t know which one I’m speaking of until I say it, because we’ve had multiple catastrophes in not just The Lone Star State, but the United States as a whole.

We’ve all experienced a time when a close friend or family member disappears due to their circumstances, scheduling, or just an overwhelming day.

But when the minutes turn to hours, days, weeks, or even months, the situation becomes worrisome and slight concern turns into intense fear.

But when you get that text or phone call, that feeling of uncertainty overcomes your body until you hear their voice.

That’s what happened to me. I was relieved that my close friend was fine from what he told me.

And then he told me on the phone about how he almost lost his life protecting someone who would’ve definitely not survived a gunshot wound. His blood loss meant he was minutes away from losing his life.

He wants to remain anonymous to protect himself and his loved ones from the media scrutinizing and using his story for political gain.

He and I have had multiple conversations about politics, despite us coming from different backgrounds.

I’m the son of immigrants, his family has been in America for generations, he lives in the rural part of Texas, while I live in the biggest city in the country.

He’s a dedicated Protestant while I barely attend religious services. He’s a conservative and I’m a moderate center-leftist.

But despite all of our differences in environment, political beliefs, religion, family, and overall personalities, we have many more agreeances than people would expect.

One of them is about the politicians and laws that aren’t here to serve the people, but are bought out by corporations, lobbyists, and super PACS.

The ones that claim to be “moderate” and “for the people” usually end up being just another Washington insider that pretends to give us their undivided attention while they conspire to divide us as a people and prevent real change to our laws and society.

The reason why politics is personal, despite me wishing it wasn’t, is that the citizens of the United States may have not only experienced what my friend had, but much worse.

The everyday people we have in America lose their jobs, homes, families, and overall quality of life.

What I want people to realize is that even if we might be ideologically different, we are both being taken advantage of by the system that favors the rich and not the average middle class.

When it comes to politics at this moment, it’s important and it affects our daily lives. Most of all it is personal, especially when the lives of our loved ones are at risk because of the inaction of our government.