Blowing Out Staten Island’s Wetlands For a BJ’s 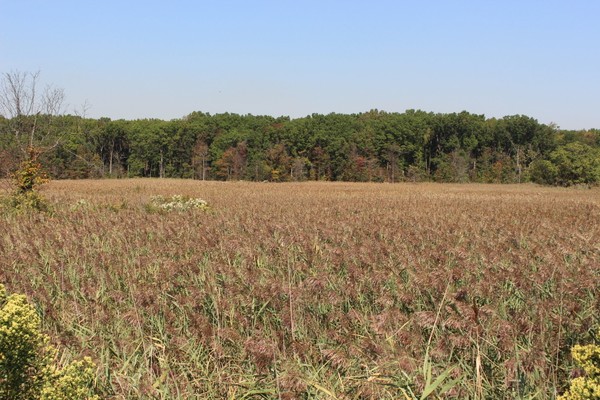 All this island seems to do is sell out. Credit: ny.curbed.com

According to a report from the Public Archaeology Laboratory, “Nearly 80 percent of Staten Island is paved, built, filled, or otherwise altered by urban development”.

As high as that rate is, the number certainly does not scare off those who are looking to bring, among other properties, a BJ’s Wholesale Club, a gas station and 838 parking spaces to a site in Graniteville.

Specifically speaking, what would be demolished in fact, is 18 long acres of wetlands in Mariners Harbor. Skunks, possum, deer and many other types of animals live there, including a diversity of birds. All of these species that reside there would be left scurrying for a new home.

The area is already doused with enough noise as well. Newark Airport. The Staten Island Expressway. Now to pile on top of that ridiculous soundtrack, Graniteville will have constant delivery trucks roaring in and out of that space with constant cars starting up their engines and chatter.

The oncoming congestion would make the car traffic even worse than it is already.  South Avenue, Forest Avenue, and Lisk Avenue are already busy enough intersections as they stand. On any given day, long lines of vehicles come to a stop for those red lights. With this project moving forward, 838 new vehicles are being asked to come right on in.

Speaking of congestants, noise and traffic aren’t the only factors that would be filled to capacity.  Carbon Dioxide pollution on the North Shore is a problem that nobody seems to want to fix.

Again, Newark Airport, Again, The Staten Island Expressway. An estimated 1,700 trees will be cut down and plenty of CO2 sources will be introduced.

When actions have spoken louder than words for so long concerning green, renewable energy and making the world a cleaner place, why is that when money is involved and supposed profit margins come into the mix, Staten Island seems to always bow down before those who just want to build, build and build?

The people who live here on this island usually don’t have a voice until the wheels are already turning and by then it’s too late to do practically anything.

The most important factor for the populous in that neighborhood would be the removal of the protection that the wetlands bring to their homes. When Hurricane Sandy roared through the island, not only did people die but many homes and businesses were destroyed.The swamps and salt marshes absorbed a great deal of Sandy’s rising waters in that area.

If the above reasons didn’t catch your interest, put those aside for a moment while I indulge in the one question that could sway anyone’s mind. Why do we need this? For grocery needs?

For entertainment needs? A very nice movie theater is 14 minutes away. Kohl’s, Lowe’s and Home Depot are 8 minutes away. These are all calculations made through Google Maps.

Even so, more than enough buses make their way to the Staten Island Mall. There are 194 stores in that complex. Oh, and there’s a Costco right there as well.

There is no need for a such a place being built because as you can see – food, entertainment, and clothing are minutes away. There is absolutely no need, with all that’s already available for the consumer, to build on the 20% of natural land we have left.

The sacrifice is not worth it. Shame on BJ’s Wholesale Club. Shame on the New York Department of Environment Conservation. Shame to those who go and give this place their hard earned money.