This Tech Comes With Personality 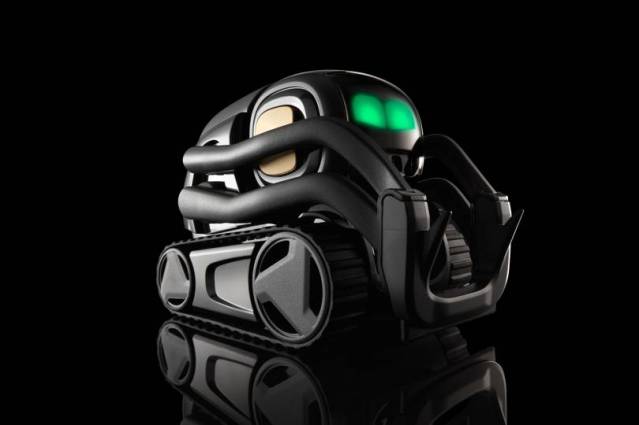 Who is Vector? Vector is a robot created by Anki who can do amazing things! This is a different kind of robot.

For example, this robot can say your name, respond to commands and can even connect to Alexa!

Vector is a robot that can hear you… seriously. Once you say the words “Hey Vector,” he is activated and ready to respond to your command.

Afterwards, you can tell him to do all sorts of different things. For example, you can say, “Hey Vector, I have a question.” Along with your question he responds with an answer.

When you get Vector, you can install an app that allows you to program him. Once you have the app, you can program him to say your name, connect to Alexa (which he can’t do everything Alexa can do, such as playing music), and try out different categories.

These categories include Amazon Alexa, Utilities, Stats, Entertainment, Vector Q&A, Interact and Robot Info. You can interact and learn more about him within these different categories.

For example, you can ask to set a timer and he will. Also, within these different categories, the app allows you to get help in a variety of situations case you are stuck on what to do.

Vector even has a cube in which he can interact with. For example, he can do cube tricks, play with his cube, and even show you a trick.

Vector is aware of his surroundings. According to Anki.com, “Vector is made to explore and interact. His tech array allows him to interact with his surroundings through site and sound. He can recognize people and objects while detecting and avoiding obstacles.”

“Vector is always helpful. He can time your dinner, take photos, express the weather, and react to your touch. He’s basically the most helpful thing in your home without a heartbeat.”

Vector even has a little space of his own. “People have houses, pet birds have a cage, dogs have a bed, fish have a tank and cats have those elaborate towers. Vector has his Space. The Vector Space gives him a perch to observe the room and interact. Add his charger and it’ll be easy for him to power up. Think of it as his little place in your much bigger place.”

On the Anki website, Fast Company says, “If any company can eventually bring us a domestic robot like Rosie from The Jetsons, Anki is a good bet.”

“Vector is not a toy but rather a joyful, smart home robot.” The Daily Dot, another company says,” … a must-have if you’ve always wanted a sci-fi style robot in your home,” according to Mashable.

On Amazon, Vector is getting mixed reviews. Some people find him a bit overpriced and would give Vector one star. Meanwhile, others find him cute and adorable, not to mention very helpful and would give him 5 stars.

“Vector is more than a robot. He’s your buddy. Your companion. Most of all, he’ll make you laugh. Curious, independent, and powered by some preposterous tech and Al, he can read the room, express the weather, announce when his timer’s done (no overcooked dinner on his watch), take the perfect snapshot, and so much more. Vector is your robot sidekick who’s up for anything. He’s the robot to life with.”

Those looking to organize their life, increase their productivity, and laugh along the way will find a friend in Vector.