Meme of The Decade

Memes Have Shaped Our Culture and Relate Us To One Another 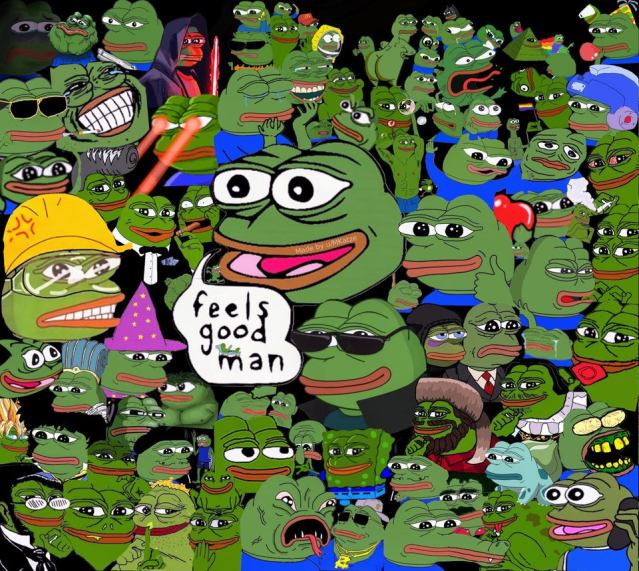 A compilation of Pepe’s many reactions. Credit: Dank Meme Team

It is very rare and unique for something to become a cultural phenomenon. Of the many interesting elements that make up our modern society, one I feel should not be overlooked is the shared experience of memes.

With only an image and 15 words or less, we can share relatable experiences. When we share them, we do it with the people that matter most to us, like our friends and family.

That is why it is important for us to take a moment to appreciate these things that bring us closer together.

After much deliberation and dispute, the ‘Meme of The Decade’ was voted on and approved by nearly 125,000 anonymous Reddit users. For those who are unfamiliar, Reddit is a popular internet forum made up of thousands of smaller communities, each dedicated to different hobbies or interests.

So, after 4 rounds of voting and nearly 2 months of heated debate, it was ultimately decided that ‘Pepe the Frog’ was to be our ‘Meme of The Decade.’

Pepe the Frog is a cartoon frog created by the cartoonist Matt Furie for his comic “Boy’s Club,” and while some might recognize it as a symbol of hate used by alt-right groups, it is also a symbol of resistance according to Hong Kong protestors.

At the end of the day, Pepe the Frog is simply a cartoon that we assign meaning to according to who we are. These images travel far and wide because they are shared human experiences that know no bounds.

It is hard to understate the sheer number of different ‘subreddits’ as they are called, that are each dedicated to different things like gardening, movie reviews, politics, relationship advice, scientific journals, music videos, and just about everything else.

For all intents and purposes, it is the one-stop-shop of the internet.

Of the many smaller communities there are meme communities. Still too many to count as they each break up into different types of memes.

To give you an example I’ll share one of my favorites, dedicated to the Star Wars ‘prequel’ movies only (Episode 1, 2, and 3).

Of course, it must be said that we are at war with our sister subreddit dedicated solely to the Star Wars ‘sequels’ movies (Episode 7, 8, 9). Many of the memes that make up these subreddits are sometimes just fun jabs at each other.

I’m sure many people might find this kind of thing to be gibberish, and with good reason. You must understand that these are the kinds of things that tie us together as a community. When you share a meme with a friend and they reply, “Oh, I saw that!” with a big smile on their face, it is both wondrous and infuriating.

But we love it just the same.

It is also worth mentioning that there is no official authority of memes, there is no meme police, and there are no meme laws.

It is very possible that you have never shared a Pepe meme or have only seen it in passing, but that doesn’t matter, because we each have our own meme of the decade.

Reddit’s communities can be a closed loop at times, which is why I thought it important to end on this note.

Whatever memes you share with your loved ones, make sure to take an extra moment to appreciate all the times they’ve really made you laugh, smile, or simply just blow air out of your nose.

They are a special part of our society and I think we’re lucky to be a part of it.