Birds of Prey is Held Hostage by Harley Quinn 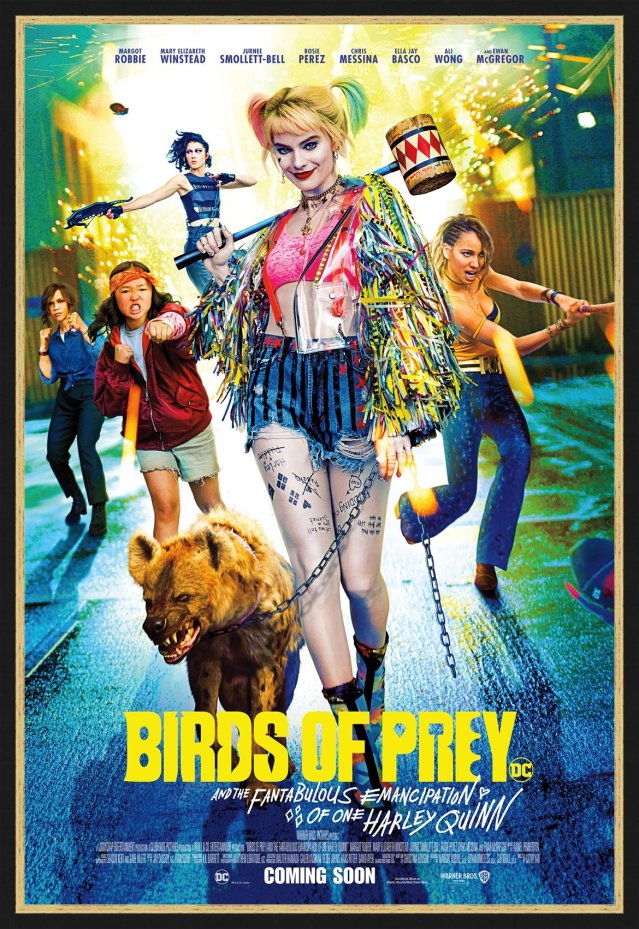 No Joker to back her up, the target on Harley’s back is much bigger. Credit: https://artofthemovies.co.uk

Stumbling out of the gate when it released in theatres on February 7th, 2020, this eigth DC expanded universe movie is the spinoff to “Suicide Squad” which came out in 2016.

Leading up to its release, this movie has been billed as a type of sequel as well. With Harley having escaped from the penitentiary with the help of Joker, the sky’s the limit when it comes to what she’s up to.

But a bleak scenario emerges. Harley Quinn and the Joker have broken up. Everybody who Harley has ever done wrong is now after her, including Black Mask, because there’s no one protecting her. A really valuable diamond becomes involved and basically all hell breaks loose.

The story on paper sounds fun and for the most part is very entertaining when executed on screen. Seeing Harley combat and maneuver through her action scenes is enjoyable and pleasant to watch. Watching her interacting with people who are not her same level of crazy is a welcoming distraction as well.

As you can tell, everything Harley related is still great. Nothing is lost from four years ago when Margot Robbie first potrayed the character in “Suicide Squad.”

What lacks though is everything else. The way the overall story is structured, the mixing of hijinks with realism, the placement of the other characters that belong in the Birds of Prey team and some of the actors’ portrayals as well.

Quickly into this hectic and chaotic action packed film, the viewer comes to an unexpected transition scene. Then, through the means of a voiceover, the plot is rewound and one of the side characters’ current storylines are told. In a rare instance, telling and not showing could have made room for more character chemistry between the members of the Birds of Prey team.

Like I previously said, everything Harley says and does is pretty great. How she’s placed in this semi-realistic world is not.

When looking back at “Suicide Squad,” her persona and character absoluletly clicked with the scenario. Super villains with exploding bombs attached to them by the government try to take down a serious threat in exchange for lenient prison sentences.

But in Birds of Prey, she’s made to try and fit into the human mold too much. The ex-girlfriend of Batman’s arch nemesis is casually walking down the street, then we see that she has an apartment, and finally we see her eating cereal and watching cartoons.

All of this drains the mirage of this supposed larger than life character.

Lastly, this also being the biggest detriment, the team up between Harley Quinn and The Birds of Prey does not happen until the third act. I know build up has to take place for viewers to get a feel for the characters, but once I saw the chemistry between all four of them, I instantly had to ask why couldn’t this happen sooner?

Was there really a need to wait this long? The movie’s first title, that’s still a travesty in itself, said to me that the Birds of Prey was going to be the main focus.

That’s where this movie falls off the rails. Flaws aside, I did like the movie.

However, the title tried to sell the viewer something that it wasn’t. This was primarily a Harley Quinn movie, not a Birds of Prey movie.

I want to see more badassery from Montoya. Viewers still crave a Birds of Prey experience.

That is not a laughing matter.