Let “Parasite” Slither its Way into Your Heart 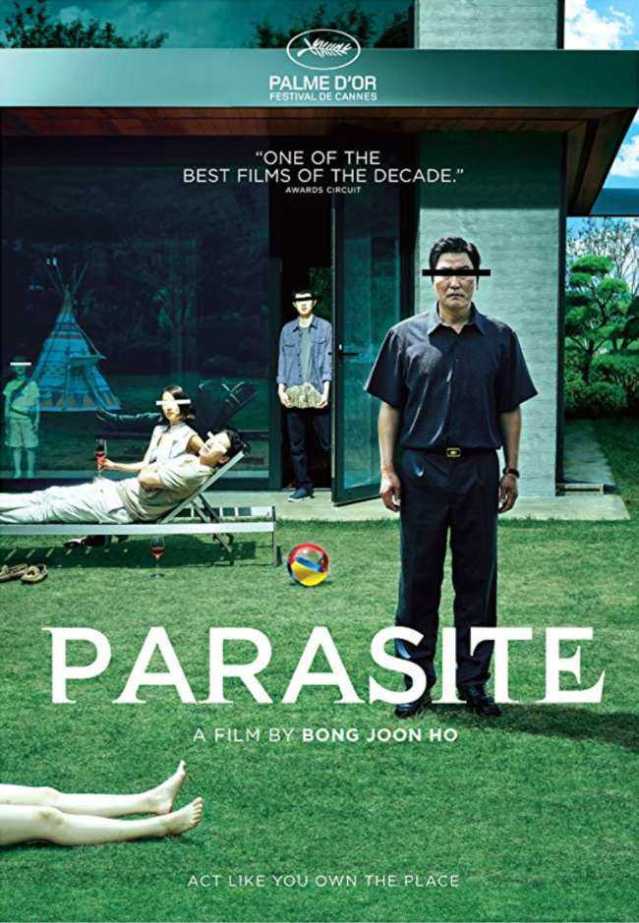 Looks can be deceiving. Credit: ww.lazone.id

“Parasite” is a thriller film directed by Bong Joon-ho that deals with some social class struggles such as wealth and power, that we may face today.

The film centers on the Kim family consisting of husband Ki-taek and his wife, Chung-sook, and their son Ki-woo, and daughter Ki-jung. The family is very poor and lives in a small semi-basement apartment. They struggle to make ends meet and pick up low paying jobs such as folding pizza boxes, to make an income.

Ki-woo’s friend, Min-hyuk gives him a scholar’s rock, which is said to bring those who own it great wealth. He also offers Ki-woo a temporary job working under the wealthy Park family as an English tutor for their eldest daughter, Da-hye. This moment is the seed to all the chaos that will soon unfold.

Once Ki-woo gets the position, the Park family later needs other workers. Eventually, the entire Kim family is working under the Park family, while hiding the fact that they are all related.

The title of the film is perfectly implemented. The Kim family infiltrates the Park family and is able to have their whole family work for them. The Kim family are leeching off of the Parks like parasites, so that they could all have jobs.

A major twist comes halfway through the film where we learn the dark secret about the Park family’s house. A secret bunker is revealed to be hidden away in the basement. During the basement scene, when the secret bunker is revealed for the first time in the film, the whole tone of the movie changes. The film becomes more serious and less lighthearted.

When the secret location is revealed within the house, the viewers are shocked and curious to find out what is going on. The pacing and camerawork contribute to the anticipation for the viewers. The camera follows down the long, dimly lit hallway and the music gets louder, adding to the increasing suspense.

Bong Joon-ho uses simple things, such as stage directions to further signify the difference in social class between the rich and the poor. In one scene, he uses stairs to symbolize wealth and the upper class.

When the mother of the Park family, Yeon-gyo walks up the stairs and Ki-woo is behind her, she is always one step higher than him. This signifies that social classes will always be implemented and that they won’t go away. The stairs also symbolize that the rich will continue to become wealthy and the poor won’t be able to achieve as much wealth as the rich.

Another recurring theme was the “stink” of the lower class. As the Kim family works for the Park family, they grow conscious of the Kim family’s smell. The Parks compare Ki-taek’s smell to those of people who ride the subway, an old radish, and when you boil a rag.

In an interview with The Austin Chronicle, Bong discusses the symbolism of smell and social class in his film. “Smell really reflects your life. It shows if you’re struggling. What kind of work you do…” The smell reveals the social status of the Kim family and it is what sets them apart from the wealthy social class.

The film is not only a thriller, but it incorporates elements of drama and comedy as well. “Parasite” has many twists and turns and will have you anticipating what will happen next.