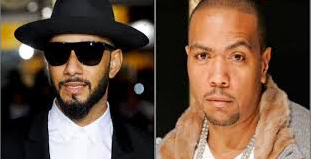 The worldwide lockdown due to the Coronavirus has birthed new forms of entertainment.

Instagram in particular has become a social safe haven with it’s live stream features now maximized. Rappers such as  Lil Boosie and Tory Lanez have managed to turn their quarantine to online versions of strip clubs, while legendary producers Swizz Beatz and Timbaland created the series entitled ‘Verzuz’.

The ‘Verzuz’ series consist of two hip hop/r&b producers sharing a live stream, playing their greatest hits of songs they have either written or produced, in a dj style battle. These battles consist of at least 20 songs that each producer choses.

Timbaland and Swizz held the inaugural battle in late March, playing their classic hits from the 90s and 2000s consisting of artists such as DMX,Jay Z, Beyonce and the late Aaliyah. Their battle was a major success, with hip hop enthusiasts in high attendance and  high profile artists of the likes of Missy Elliot and Diddy all tuned in for the battle.

The battles are competitive but light hearted in nature, as no one is deemed a true winner at the end, but the collective black culture.

Due to the success of the first battle, fans all over social media began voicing their dream scenarios of their favorite two producers and artist going head to head, which made the ‘Verzuz’ series more than a one time occurence.

In the coming weeks, we saw songwriters/singers Ne-Yo vs .Johnta Austin and The Dream vs. Sean Garrett go head to head As fans ask for more matchups, the hip hop battles  fired up with Mannie Fresh vs Scott Storch ,T-Pain vs Lil John and so far the  highest profile rap battle, between Staten Island’s very own Rza of Wu Tang Clan and DJ Premier.  All these live streams garnering at least 100,000 viewers per show.

The most recent battle was of R&B super producers Kenny “Babyface” Edmonds and New Jack Swing pioneer Teddy Riley, both who made their mark in the late 80s and 1990s having produced their own unique sounds, working with the most iconic artists in music history such as Michael Jackson and Whitney Houston.

The fanfare was matched as their battle, which was postponed twice due to Edmonds contracting the Coronavirus, (which he has recovered)and technical difficulties. Their friendly battle reached up to at one point past  500,000 live viewers, an Instagram record. A record so shattering  that the pair couldn’t even finish the battle due to the high volume of fans in attendance making the app crash.

As the worldwide quarantine continues with seemingly no end in the foreseeable future, we should expect to see more ‘Verzuz” battles over time. Some fan favorites we have yet to see like Kanye West, Dr. Dre, Diddy and Pharrell among others are bound to make an appearance.

Regardless, quarantine has showcased that our favorite artist continue to be innovators and create new mediums for fans worldwide to come together in such tough times.