The Sports World has Stopped, How are the Fans Dealing With this?

How an average sports fan is coping with no sports 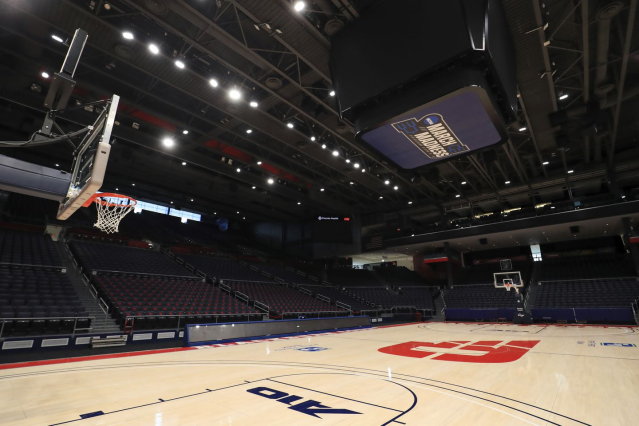 The possibility of having no fans in attendance in all sports arenas is very likely when sports come back. Credit: bostonglobe.com

Due to the recent Coronavirus aka COVID-19 spread, the sports world has taken a pause just for now.

Only essential workers are expected to go to their jobs, while others are pretty much expected to stay home.

This includes all sports teams and anyone that is involved within a sports organization. They are all being asked to stay home until the government allows these sports to be played again.

I like to believe most fans all over the world are disappointed with this news, but this is the right way to go about things. I asked a few of my friends who are avid sports fans on what they think about no sports going on at the moment.

“They’re going to be really careful with the fans, less handshakes and we might even see a lot less fans in arenas. All of the arenas are probably going to be half empty.”

According to a Boston Globe article “Without Sports, what do we do now?” by Dan Shaughnessy, he gave his thoughts about no sports going on saying, “This is effectively shelter in place for the indefinite future. There are no games and we don’t know when anything will resume,” said Shaughnessy.

“Through the decades the games have been there to distract us from real world problems. Now the games are gone. Speaking for myself, it makes this crisis more frightful and lonely.”

This situation is no joke, and it shouldn’t be taken lightly which is why we should all stay home until the government lifts the lockdown. There is a valid reason why there are no sports going on at the moment.

“I don’t like that there are no sports going on. I understand why it’s not going on. It just sucks not having any type of entertainment,” Steven Sollaku said when asked about his thoughts on how he feels about no sports going on right now and when sports will be able to be played again.

“I don’t know man, I would have to say by the summer. It’s a new pandemic, we don’t have too much information on it. We might not have sports till like the end of 2020.

We need to stay strong and persevere through all of this. It’s definitely tough on someone like myself who misses sports such as the NBA where the playoffs are supposed to be going on right now. If we all just stay home like we are supposed to, the sports fan community will have their sports back sooner rather than later.”

As stated in a Washington Post article “How long until sports return? You might not like the answer.” by Adam Kilgore, “For now, all leagues can do is wait,” Kilgore said about when he feels sports can return. “Sports can return only once the rest of society stabilizes, and that can only happen if social distancing guidelines are followed.”

Sports really might not return until 2021. This is the reality no sports fan wants to see, but they just might have to face.

“I’m not okay with it. If it comes down to it, it is what it is. But I do hope it returns soon,” Bano Kalluci said when asked if he’s okay with no sports being able to go on for another couple of months and if he thinks sports will be the same when any of them come back. “Right away, I don’t think so. I would give it like three to four months and I think it will be.