Bayern Munich Are the Kings of Europe! 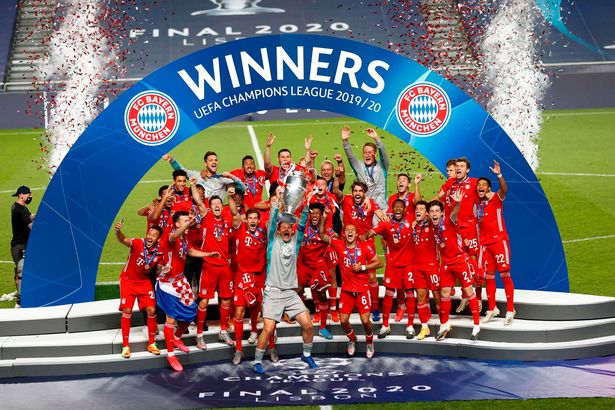 On Sunday, August 23, 2020, Bayern Munich won the Champions League in a tight game against Paris Saint Germain. The 24-year-old Kingsley Coman scored the goal for the Germans in the 59th minute to get them the victory.

Bayern Munich is now tied with Liverpool FC with six titles in this competition. They are the third team with the most Champions League titles behind AC Milan (7) and Real Madrid (13).

This is also the first time in the competition`s history to have a team win the Champions League and win every single game in the tournament, which makes the victory for Bayern even more special.

Usually, a team would have to play 13 games in total to get to a final but due to the COVID-19 pandemic, the UEFA, the association that hosts the Champions League, decided to reduce the number of games in this season’s campaign for the safety of the players.

Bayern Munich has played 11 games and set a record for most games won in a single Champion League campaign.

The opposition, Paris Saint Germain, reached their first-ever Champions League Final with the help of their star players Neymar Jr. and Kylian Mbappe. Clear chances missed from both Neymar and Mbappe in the first half of the game could have helped PSG in this game but Bayern’s goalkeeper Manuel Neuer saved both opportunities.

This could have been Mbappe`s first-ever Champions League trophy while Neymar could have won his second after winning his first one with FC Barcelona in the 2014/2015 season.

Bayern Munich’s striker, Robert Lewandowski, was the star of the competition and the player of the season for the German club. He scored 56 goals this season in all competitions and 15 goals in this season’s Champions League.

Many football fans around the world would argue that he is this season’s best player of the year with amazing performances in this competition and the Bundesliga, the German football league.

The annual Balon d’Or, the trophy that goes to the best player of the year, was canceled this year due to the pandemic, forcing other football leagues around the world to finish early. Many fans believe that this was Lewandowski’s year for sure after Cristiano Ronaldo had a tough time with his club Juventus and Lionel Messi won no trophies with his team, FC Barcelona.

This Bayern Munich team was struggling at the beginning of the season with former club manager Niko Kovac having the club placed seventh in the Bundesliga in October. This resulted in his departure from the club and replacement, Hans-Dieter Flick.

He was a former player and assistant coach for the German National team. Flick transformed the team and started playing aggressive attacking football that would take Bayern to a whole new level.

Since Flick`s appointment on November 3, 2019, Bayern haven’t lost a single game and won a treble this season. Bayern Munich has won the German Cup, the Bundesliga, and now the Champion League.

With Lewandowski’s goal scoring ability still at a high, young players like Coman and Alphonso Davies, left-back for Bayern, and this style of gameplay, Bayern Munich is for sure the best club in the world and could be even better next season.

Sunday`s game showed that PSG can give a good fight against Bayern, but Bayern showed that this team is comfortable in every part of the pitch. They have a solid goalkeeper, defense, midfield, and can control the game at any moment with an attack that includes the best striker and possibly the best player in the world.