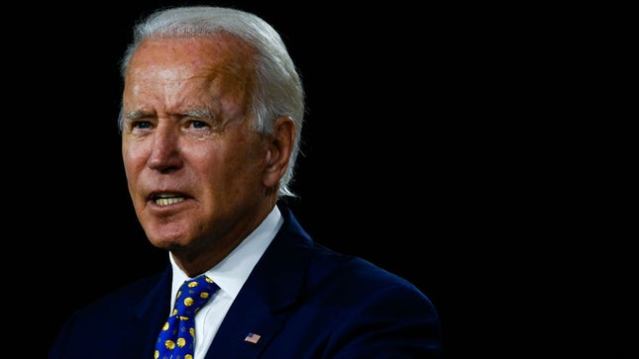 Biden’s record on the intervention and war was possibly the worst in the Dem. Primary. Credit: thehill.com

Vice President Joe Biden stated to the news outlet Stars and Stripes, “We have to focus more on unmanned capacity, cyber and IT, in a very modern world that is changing rapidly.”

Out of any aspect of the United States that is in desperate need of a higher budget to work with, the military is far from this.

This year, we are designated to spend about $1.38 trillion and out of that, $730 billion will go to the military budget which is 53% of our budget for this year.

Just to put that into perspective, we spend more on the military than the next 10 countries combined. Even if you cut our military spending in half, we would still be spending the most, by a longshot.

We only spend about 5% of our budget on education, which is about $74 billion. This increase in the military budget under the Trump Administration would be more than enough to give tuition-free public college and university.

There are also specific programs that cost obscene amounts of money such as the F-35 Fighter Jet which according to The Atlantic states that it’ll cost $1.5 trillion over its lifetime, up to 2054.

That is almost as much money as we’ve spent on Iraq, so far which is about $2 trillion, and if we stay there until 2054, it’ll cost about $7 trillion.

Joe Biden was a Senator for Delaware when the 9/11 attacks happened, and during the ongoing War in Afghanistan, the Bush Administration stated they had suspicions of Saddam Huessan, the Dictator of Iraq.

They first came out and stated that he could’ve possibly worked with Osama Bin Laden to help 9/11 happen, had weapons of mass destruction constructed, and was possibly planning an attack on the U.S. Homeland.

Senator Joe Biden was Chair of the Senate Foreign Relations Committee and went along with what Bush and Cheney were stating and voted for us to go into Iraq, playing a pivotal role in that decision.

Again, we spent $2 trillion on a war, lost 4,500 soldiers and at least 500,000 Iraqi citizens over fake weapons of mass destruction and the lies of Bush, Cheney, and the military industrial complex.

What’s also shocking is that we’re spending more on the military than we did during the peak of the Afghanistan and Iraq Wars, which we’re still in.

Though a positive thing to state about Biden is that he wants to close Guantanamo Bay, but the issue is if Congress could possibly block him from doing so just as they put roadblocks for Obama.

According to The Daily Beast coverage of the CIA Torture Report, “…interrogations that lasted for days on end… detainees forced to stand on broken legs, or go 180 hours in a row without sleep. A prison so cold, one suspect essentially froze to death…At least five detainees were subjected to ‘rectal feeding’ or ‘rectal hydration,’ without any documented medical need.”

‘While IV infusion is safe and effective,’ one officer wrote, rectal hydration could be used as a form of behavior control.

Others were deprived of sleep, which could involve staying awake for as long as 180 hours—sometimes standing, sometimes with their hands shackled above their heads.

Some detainees were even forced to walk around naked. In other instances, naked detainees were hooded and dragged up and down corridors while subject to physical abuse.

The conclusion to the report found that, “The report will conclude that the CIA’s interrogation techniques never yielded any intelligence about imminent terrorist attacks… ‘When you put detainees through these [torture sessions] they will say whatever they can say to get the interrogations to stop’.”

So, even the argument that “enchaned interrogation” which is just a politically correct word for torture, is not true.

When you compare this aspect of Joe Biden’s policy compared to Trump who stated that “Would I approve waterboarding? You bet your ass I would. In a heartbeat. I would approve more than that. It works…and if it doesn’t work, they deserve it anyway for what they do to us,” his position is more humane and in-line with international law and the constitution.

However, Biden wants to stay in Afghanistan and Iraq despite being there for almost 20 years and spending about $127 billion a year on Iraq and Afghanistan.

Lastly, drone strikes under all three administrations have been bumped up more than the previous president in office, even where there was a 6-month period of a 90% civilian death casualty rate.

The military industrial complex needs not to worry about who becomes president in this general election, both Biden and Trump will continue the status quo and they have their records to prove that, empirically.