President Biden Can Fix the Senate Once and For All

President Biden Supports A Crucial Reform To The Filibuster 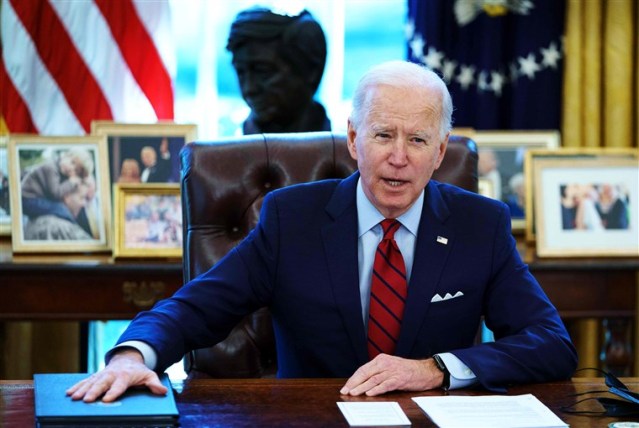 Filibuster reform opens door for all types of legislation to pass. Credit: nbcnews.com

President Biden has recently made a crucial 180 turn on the issue of the filibuster which focuses on the most broken part of the government at this time, the Senate.

The American people do not often focus on procedural issues due to them being quite frankly boring for the average American as they don’t see how it affects their lives.

However, the filibuster may be an exception to that rule because of the simplicity and clear problem with the way the filibuster functions in the Senate.

According to a poll conducted by Data for Progress, 65% of voters have the false notion that 51 votes are required to pass a bill in the Senate by regular order.

This can just be simply seen as the American people being ignorant to the fact that 60 votes are required.

However, this reveals that the American people have a common sense preconceived notion that a simple majority is needed to pass a bill in the Senate.

Although when voters are asked whether or not they want to get rid of the filibuster, 45% support completely repealing it, 40% do not and the remainder are undecided.

Press Secretary Jen Psaki at one point stated that President Biden does not support any sort of removal or reform to the filibuster due to them feeling that they would continue to pass legislation to help the American people.

This way of thinking is quite flawed, because in order to pass any sort of bill in the Senate requires 60 votes.

Two perfect examples of why it would be a grave mistake for there not to be filibuster reform is the recent $1.9 Trillion Stimulus Package that had a 77% approval by the American people, with even 59% of Republican voters.

Within every legislation are a set of problems that seem inevitable.

Former Speaker of the House Paul Ryan stated that ‘elections have consequences’ which is why they were going to pass and succeeded in passing former President Trump’s tax plan in 2017.

Of course, what he and other Republicans favor compared to what much of the American people want including their own voters have stark differences, but this way of thinking is overall correct.

That is why it is so important that President Biden came out in a recent interview stating that he supports reverting back to the old-school speaking filibuster back when he first became a Senator of Delaware.

Senator Joe Manchin (D-WV) also came out in support of a reform to the filibuster.

In short, this would not outright get rid of the filibuster but revert back to the original purpose of it, which was to give the minority a chance to make their case against a bill they absolutely did not want to get passed.

The minority would speak for however long as they could to lengthen and draw out the process of a passing of a bill that they were committed to filibustering.

This was quite difficult since it would require them to speak for hours on end or even a full 24 hours for some Senators but it was at least an option for the minority to fight against the bill.

Nowadays, even when there is a majority that is voted in by the American people, the minority is there to always block every single consequential piece of legislation.

There is little incentive for Americans to go out and vote for Senators if there isn’t going to be any large consequential change because a minority blocks every single thing the majority want to do through regular order.

This would also get rid of the excuse for Senators to vote for a popular piece of legislation and put them on the record for not properly representing their constituency.

If President Biden wishes to maintain his legacy and not have it ruined by constant filibustering, he must support a filibuster reform that will allow consequential bills to be put up for a vote.