The Next Leap in Medical Science: The World’s First Head Transplant 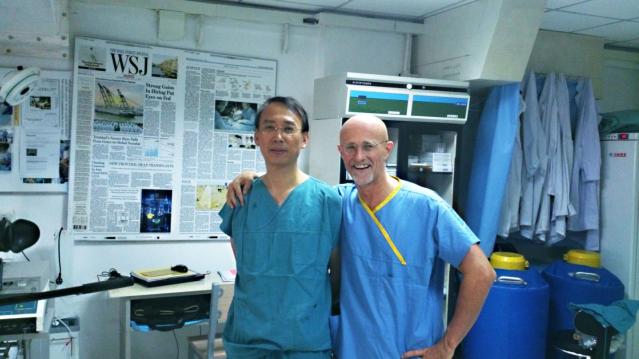 The world’s first human head transplant has been carried out on cadavers in China, and scientists are saying they are now ready to try it on live patients.

It was said in December 2017, Italian neurosurgeon, Sergio Canavero, would attempt the first ever surgery for a head transplant on two organ donors in China. With this procedure, he attempted to make spinal cord fusion a reality, and claimed that it was successful.

This means taking an entire human head and attaching it to a donor body.

Canavero has since been called the Dr. Frankenstein of the medical field, and has been criticized for “going against god”.

However, if this is successful on live patients, it could mean saving terminally-ill patients, as well as giving people with a spine injury the opportunity to walk again.

Valery Spiridonov, a Russian 30 year-old man, has volunteered to undergo this surgical procedure.

He was diagnosed with a rare genetic disease called, Werdnig-Hoffman disease. This disease causes spinal muscular atrophies, where motor neurons in the spinal cord are deteriorated which weakness  the muscles.

Though the procedure is considered deadly and extremely fatal, there are still plans to continue this procedure. Although, the next step is to test the surgery on brain dead patients.

Dr. Canavero will be performing this surgery with another doctor named Xiaoping Ren, a neurosurgeon from China.

He has had experience doing the transplant surgery with mice, and though they did survive the transplant, they later died afterwards.

Dr. Canavero and Dr. Ren will not be the only ones involved in this surgery. Over 100 doctors and nurses on standby will be present when this procedure takes place for 36 hours. This procedure will also cost more than 10 million dollars.

The main problem with these neurosurgical head transplants is that although they may succeed in attaching the head, the body could reject it.

Canavaro will also be using a special type of gel, a polyethylene glycol, which is used to combine fatty cell membranes, to attach the vessels and muscles.

One can say Dr. Canavero is a man that is “playing God” or “cheating death”, and he said himself he views Dr. Frankenstein as inspirational.

But think about what ethical boundaries does it cross? The answers will vary.

Obviously these are all done in the name of science and with consent, but if humanity wants to go as far as obtain immortality, then that is something we need to tread lightly.