Bonds and Clemens Must Remain Out of Cooperstown 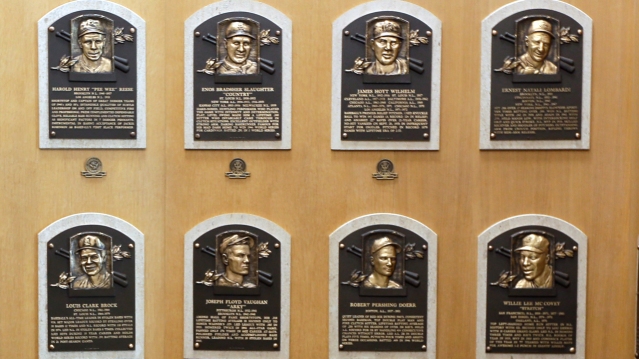 Baseball has enshrined a vast number of terrific athletes and worthy heroes that kids can look up to.

Players like Ted Williams, Jackie Robinson, and Cal Ripken Jr. all were huge figures who represented the game with class.

That being said, this is simply not the case with Barry Bonds and Roger Clemens.

To elect either of these men into the Baseball Hall of Fame, a magnificent dedication to the model players and citizens who upheld the sanctity of baseball, would be a slap in the face to those pure players, as well as their fans.

It would represent that steroid users can get away with cheating, and be glorified for their accolades, rather than be appropriately shunned.

Hall of Famer, Joe Morgan, is absolutely correct in his letter, urging voters to be anti-Bonds and Clemens.

Unfortunately, there is a groundswell among the writers who vote for the Hall of Fame to vote-in Bonds and Clemens, and in the future, more cheaters to come.

On last year’s ballot, Clemens received 54.1% of votes, and Bonds, 53.8%, inching ever so closely to the 75% of votes needed. These two are on the cusp of forever being enshrined as Hall of Famers.

A Hall of Fame filled with steroid users will corrupt future generations of baseball fans by openly glorifying its cheaters and ignoring the disgraceful acts they put forth on the league.

For example, a kid ten years from now, curious about baseball, will look up the Hall of Fame to see who the best to ever play were. In their research, he or she stumbles upon Bonds and Clemens, and their plaques, jerseys, and stats will lay next to their names just like every other player in the Hall.

Granted, no Hall of Fame in any sport has a spotless track record of electing the perfect athletes every time, but not to the magnitude of Bonds’ stranglehold on the game when taking steroids.

Take the fact that Bonds has hit 762 career home-runs (a record), and won seven Most Valuable Players awards (a record), including four in a row from 2001-2004.

In those seasons, Bonds was 36-40 years old. Most players consider or choose to retire around that age, yet in miraculous fashion, wins four consecutive MVP’s. This is a baseball record only he has accomplished.

Clemens is no different. He won seven Cy Young awards, the award for best pitcher in his league, with his last coming in 2004 at age 42.

No pitcher has ever won a Cy Young award at 42 years old, and no player has ever won an MVP at 40 years old like Bonds. Clearly, steroids and performance-enhancing drugs improved their play, gaining an edge over other players of whom stayed clean, and were rudely slighted.

If Bonds and Clemens were to get into the Hall of Fame, the domino effect begins – once one cheater is in, all of them will be.

The shockwave sent throughout baseball in electing these cheaters would forever change the landscape with voting-in each year’s batch of players, where even steroids wouldn’t be enough to disqualify them.

Soon, the entire steroid era of the 1990’s and 2000’s will all be one happy family, honored with plaques and attention in the same room with dignified ballplayers like Ripken Jr. and Robinson.

It must be noted that the Baseball Hall of Fame is not perfect, nor will it get any better.

The time has arrived where the majority of the players from the Steroid Era are now eligible to be elected, and it’s almost inevitable a large amount will get in.

Some steroid users may already be in the Hall of Fame, and the baseball world may not even know, therefore not being fair to Bonds and Clemens. If cheaters are already in, Bonds and Clemens are sure to be next, being the best players from the tainted era.

The writers who vote are in tough positions. With this, a new era of voting should ensue where the character of the player may count just as much as the statistics, if not more so.

If these voters truly love the game, they must take into consideration that the credentials of the clean candidates with decent statistics, and their willingness to reject PEDs and steroids, is qualification enough over those who cheated and purposefully inflated their numbers like the airheads they are.