Are Video Games Bad For You?

The Real Effects of the Games Being Played Today 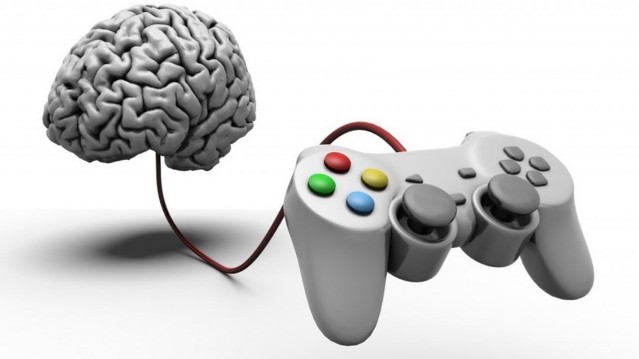 Video games have been attacked because it may be harmful to both children and adults. Although, in order to perceive the true intentions of an issue, both sides need to be explored.

Video games are supposedly linked to lowering a person’s intelligence or grades in school, but this only happens from an excessive amount of time spent on a video game.

Otherwise, video games can have a good effect on the human brain.

Video games are fun to interact with, thus making them a perfect tool to assist with teaching children.

Researchers have asked if video games can cause an individual to become even more violent than usual. This may be true concerning violent video games that are excessively aggressive.

However, this is just a hypothesis that could be true if the children are playing at a young age.

Restricting young children from playing those games would be a smarter move than denouncing video games in general.

Playing video games actually relieves stress in a controlled and safe outlet for the users.

Social isolation is also another conjectured fact about video games in which the game causes the gamer to isolate themselves from the world. There is a possibility that this can happen to anyone, particularly if the gamer has the right personality and circumstances.

Video games can cause a person to become even friendless, unless action is taken to prevent that from happening.

Cooperation and teamwork can be taught with video games only by using online cooperative games that require teamwork to win as opposed to single player games. These online games are good ways to build skills that would be difficult to learn in person.

Therefore, video games can be used to actually build friendships and team players through this way.

Another aspect of playing a video game for hours is the lack of physical exercise involved. Players remain sedentary for hours to play a game that involves the most rigorous movement from the thumbs.

Instead of playing outside in the fresh, invigorating air, gamers are nestled in front of a glowing screen in the dark.

There is technology that involves playing games using exercise for a few years. Consoles, such as the Wii Fit and the Kinect, involve strenuous exercise at any difficulty level.

Values are something that children learn from their surrounding environment. They also look to whatever sources that are available.

This implies that children may learn from a video game that violence is appropriate, even when not. Games where the main character is a villain could lead children astray.

Most video games normally have the main character as a hero facing off against something, or someone, extremely evil. However, video games aren’t the main way that children learn values.

Parents should teach their progeny lessons that have more impact than a video game.

Lastly, as more of a peripheral view, is whether or not video games are considered an art form.

Granted the visuals are stunning, but does this collection of pixels really attain the lofty title of art? Will they one day be considered as prestigious as painting or photography?

Video games are something that shouldn’t be seen at the simplistic level but from the gamers’ perspective. It is a moving world of art that a person peruses at their leisure.