All content, unless otherwise stated, is copyright of The Banner Newspaper. All rights reserved.
City/State-Wide 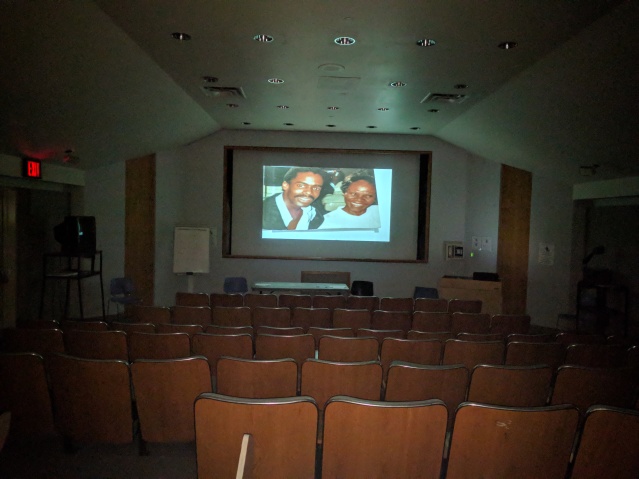 On April 16 and April 20, a satellite film screening of the tenth annual CUNY Film Festival was held at the College of Staten Island.

Held in 1P – 223, the room was a small sized theater and sparsely populated by students and other viewers on the second day of the screening.

The viewing experience was mostly smooth, with only one point about halfway into the screening where audio and video became out of sync and had to be paused and dealt with.

Mitchell Lovell, a former student and now employee of the College of Staten Island was the screening coordinator.

Upon entering the screening room, viewers were handed the timetable of the films to be screened.

A satellite film screening was held at Lehman College as well, in Gillet Hall.

The main Film Screening was at Macaulay Honors college on April 20 and 21. The awards ceremony was held there on the 22.

All the film screenings were free and open to the public.

Students, both undergraduate and graduate as well as alumni, submitted their films to the annual CUNY Film Festival.

The festival, which is entirely student run, was started in 2008 by then student Dan Cowen.

Majority of the submissions for the film festival came from students enrolled at Macaulay Honors College.

The students worked alongside faculty and alumni to create the films. The productions ranged from amateur to professional.

Films that had been completed within the past two years were the only ones that were eligible for submission for the festival.

The two categories of films that were screened were “Documentary and Experimental” and “Narrative and Animation”.

Films screened at Macaulay were shown in order of categorization, where as the screening at CSI was not categorized in any particular order.

There were a total of 121 films that were screened at the festival over the two days.

Some notable sponsors of the CUNY Film Festival were BBC America and Sundance Channel.

There were a total of 14 jurors on the panel that evaluated the films for prizes and awards.

The jurors ranged from professors to journalists, comedians, authors, producers, directors and editors.

The first film screened at the College of Staten Island on April 20 was titled “Angela, Darling”.

The theme of the film was of desperation and sadness, with a mother seemingly addicted to drugs trying to get in contact with her daughter.

The second and third films struck a similar chord, showing the subject of the film in desperation or in a strenuous situation.

The third film, “Bruises”, was in black and white – an interesting artistic decision.

The subjects of the film were of two queer women who suffered physical brutality and had visible bruises on their bodies.

The causes of those bruises are not mentioned, although it is assumed that their occupation is the reason. Of course, their sexual orientation plays a large role in the brutality, and the black and white visuals seemingly want to associate our minds with the idea that this oppression is ages old.

Most of the films tackled real world issues, trying to raise understanding or empathy with a people.

The winners of the 2018 CUNY Film Festival from the College of Staten Island were Lauren McKenna for the best documentary titled “We Serve Too”, Michael Fischetti and Gara Munoz Blazquez won the LGBTQ Image Award for “Bruises” and “Ella” respectively, and John Rizzo won Best Experimental for “Chess and Chagrin”.