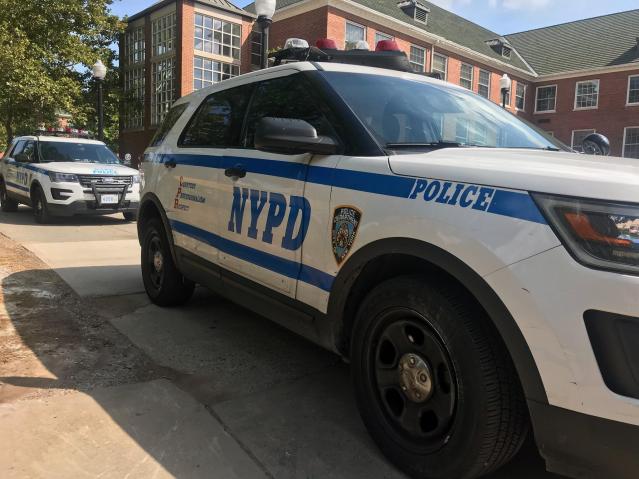 The morning of Monday, August 27th, officials were informed of a break-in that occurred in the Purchasing Office of 3A, the West Administration Building, according to the Interim Vice President, Hope Berte.

Emails from Public Safety, written by Berte, were immediately sent to students and staff about the situation, mentioning that NYPD was contacted for a search of the scene.

Although, it didn’t stop there.

In the same email, Berte states that, “a second break-in was reported in the Office for Parking Services located in the same building,” on the following Wednesday – August 29th – at 4 AM.

The same protocol was followed along with the mentioning of hope that the security footage and evidence would detain the criminals.

Yet, the email did not indicate if anything or what specifically what was stolen.

It wasn’t made clear to the community of CSI until August 31st, where another campus-wide email was sent out, saying that “cash, checks, and parking registration cards, plus a credit card were among the items stolen from the offices,” according to Mary-Jeanne Hennessy, the Director of Auxiliary Services.

Thus, employees in the building began a thorough evaluation of the office.

“After a review, it has been determined that all outstanding checks and registration cards have been accounted for and matched with unprocessed check payments,” said Hennessy.

Once again, the burglar came back for a third time.

An email was once again broadcasted to all members of the CSI Community on the evening of Thursday, September 6th. The incident occurred that morning and the police were called.

NYPD now had the assistance of employees working in the building, even “after business hours,” said Hennessy.

But, the situation had escalated.

“$20,000 in checks and cash” were stolen from the building according to SILive.

“Checks were stolen during the commission of this crime,” said Hennessy.

Not only will the owners be contacted by email if they do not confirm the receipt in the email, but they will also be phoned if the confirmation is not sent.

According to NYPD and the college in the SILive article, an unidentified person cut through the screen of a window in order to enter the Purchasing Office, and a credit card used by an employee was stolen from the office on August 24.

“The suspect attempted to use the Purchasing Office credit card information at a McDonald’s at about 1:30 AM on Monday August 27, and also to pay for cable TV. The attempted transactions triggered fraud alerts and the incident was on that Monday, according to police,” said SILive.

Room 106 in the Parking Services Office was also broken into on August 29, the day of the second burglary.

A safe was removed from the room, taking mail that contained checks and registration cards.

In an earlier article written by SILive, a CSI statement mentioned that “campus security has been beefed up” due to the incident occurring.

According to the earlier email from Hope Berte, she mentioned the various ways how Public Safety “has been beefed up” to prevent the situation from happening.

“For the foreseeable future, to ensure the safety of all members of our College Community, Campus Public Safety will conduct building safety checks prior to the start of each day.”

The Interim Vice President also stated that Public Safety will supply services for escorting students or anyone on campus who feels unsafe walking alone. This is possible by calling to request one at the extension of 2111.

Safety precautions for the students and staff were also given.

“Never enter a location if you see that a door or window has been forced open. Go to the nearest safe place and contact Campus Public Safety immediately.”

Members of the campus community were also advised to take appropriate measures to protect themselves, personal and school property, especially at night.

If any information is known about the incident or the identity of the suspects, Public Safety encourages all members of the university to take the steps to contact Michael Lederhandler, Campus Public Safety Director, at extension 2113, or via email Michael.lederhandler@csi.cuny.edu.