Telltale’s Nightmare of a Bankruptcy 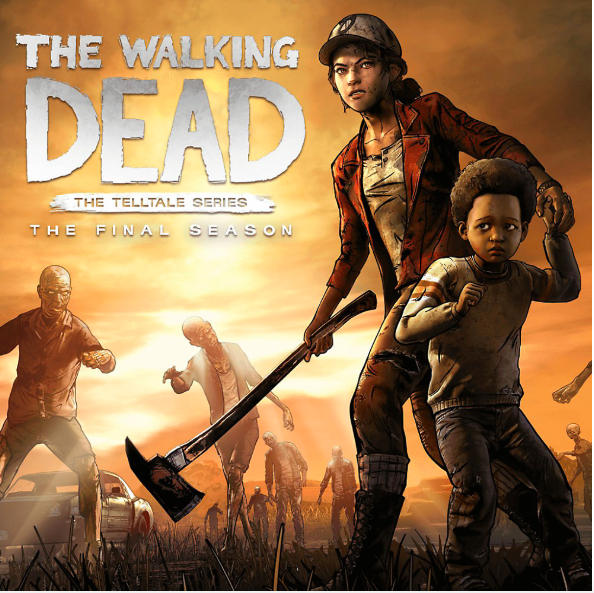 “The Walking Dead: The Final Season” is one of many games cancelled because of Telltale’s bankruptcy. (Credit: playstation.com)

Telltale Games took a slow, but deadly downward spiral. In March 2017, CEO and founder of Telltale, Kevin Bruner leaves the company; Bruner was reportedly forced out since he had fought with the board of directors.

The next acting CEO is co-founder Dan Connors, however he was replaced by Pete Hawley. Hawley was a production lead on the video game, “Fable” at Lionhead Studios.

This makes it clear that there was something going on in the background at Telltale Games. Hawley announced 90 layoffs as one of the first actions in an effort to make the company more competitive.

On March 2018, The Verge reports that employees were working 18 hours a day (theverge.com). Clearly something is amiss in upper management; they prioritize pumping out games instead of nurturing their best employees.

On September 20th, 2018, Telltale informed their employees that they have talked with AMC and a Korean mobile giant, Smilegate, for funding. It seems that the agreement with the two companies didn’t last, since AMC and Smilegate both dropped funding, as well as Telltale’s partner Liongate.

Within a day after losing it’s funding, Telltale informed 175 employees that they will be losing their jobs. The developers were given a paper paycheck and had only 30 minutes to vacate the building.

The following day, employees had three hours to collect their belongings and were not given severance pay. Some developers took to twitter, which shed light on what was going on with Telltale.

The company hired new staff only a week before declaring bankruptcy. The company didn’t disclose what was happening internally; that they were losing funding and were in a deficit.

It was a complete mess on Telltale’s part, they left 25 developers to finish episodes for their “Minecraft Series.” One former employee, Robert Jr., took Telltale to court on allegations of violating the WARN Act.

The WARN Act stands for The Worker Adjustment and Retraining Notification Act; it’s a labor law that requires a company to give 90 days of notifying their staff on closures of a plant.

Leading up to Telltale’s bankruptcy, they were fighting an upward battle with no sight of change. In addition, the way the company closed made them one hundred percent at fault since they violated the act.

The WARN Act also states that if the closure of the plant wasn’t expected and was out of control of the employer, then it negates the act. But in California, on a state level this does not apply.

All we know right now though is Telltale is being sued for violating the act; while also looking for a solution to finishing “The Walking Dead”. With everything that’s been going on it seems very bleak for the game’s future.

Luckily announced on October 8th, 2018 Skybound has taken on development of “The Walking Dead”, by Telltale Games. They also said to consumers they will be working with the original staff member on the title.

Also “The Walking Dead” got taken off store shelves since the closure. But they might put it back up if Skybound keeps their word on finishing the title. This is the last major news about Telltale and one of its games. With all future projects being canceled.

Telltale with its fame lasting only six years, it seems the company has fallen like a rock since then. There isn’t much to say about the company, nor what its future holds.

The only shocking thing about its closure is the fact that it wasn’t expected in the slightest by consumers. Many customers had no idea that the company had closed.

Sadly, there isn’t much to say about the situation. But, they have taken “The Walking Dead” off store shelves.

No one is working on the game at the moment, and for the most part, it seems that no one ever will.

It’s over for the linear storytelling masters, but luckily the brilliant minds that did work there are being picked up by other companies.

Even though we might not get the storytelling akin to “The Walking Dead”, we will surely get amazing stories in the future from various studios that picked up dropped talent.