Paleo: Returning to the Basics 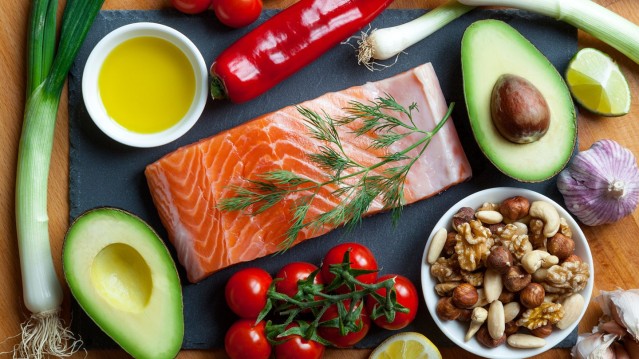 A diet based on our ancestors. (Credit: everydayhealth.com)

In the modern culinary world and for those seeking to lose weight,there are numerous diets out there to choose from. But some nutritionists have devised a diet that’s centered on the eating habits of our ancestors from long ago.

This regimen is aptly called the Paleo diet since it’s based on archaic eating habits.

Now the premise of the Paleo diet is that only foods that could be gained through hunting or gathering should be eaten.

This pertains to meat,fish, and produce that can be gained by mobile human tribes. This diet excludes food that’s produced from farms, such as dairy products and grains while some would remove legumes as well.

The reasoning behind this health plan according to different experts is that back in ancient times people seemed to eat better.

They discovered that the absence of sugar and sodium in their diets was a contributing factor to their healthy diet lifestyle. Now onto some of the strange reasoning about the ban on agricultural produced foods, such as grains and dairy products.

Here’s the basic outline of why these foods are excluded from the diet itself, according to their logic.

The study done on human cavemen has hypothesized that problems arose when tribes adopted agriculture based lifestyles. This means that the production of dairy and grain products was when problems arose.

As a result, a hypothesis was conjectured based on these inferences and discovered that the problem was our ability to adapt.

Apparently the human body couldn’t adapt fast enough to the new foods. By returning back to the foods that were available in the past, a person can live a healthier lifestyle by eating foods of the past.

Yet there does seem to be kinks in this diet regimen when doing some research about evolution and history. For many centuries that have passed over time, everything has evolved into something different.

That means that whatever food sources cavemen ate in their time doesn’t completely sync with today’s modern paleo diet.

Now for some of the basic scientific counterclaims to the diet as to what’s being represented as false.

Proof one is that anything organic has been constantly evolving for a long time, which means it definitely was not of the same composition as it was thousands of years ago. This could mean that the Paleo diet is just a farce and a means to cheat people out of their money.

Yet this doesn’t mean that the diet itself doesn’t work, since people do lose weight and have better meal planning.

When compared with other diet plans, the paleo diet has been rather beneficial. Yet there hasn’t been any information about the long term effects, although it seems that the diet is relatively safe to follow.

Now as to how to follow the diet itself will require some planning, along with the concerns about what to eat. These changes will alter your eating habits and will require some extensive modifications to your lifestyle.

The major change will be the foods that need will need to be bought, considering that grains and dairy products must be excluded.

Given the basics that were mentioned before, there will be some extensive changes in meal preparation. Of course, sometimes it could be hard to prepare meals, so there are cookbooks to use for guidance.

Now for the record, some of the basic rules pertaining to diets is to exercise, such as jogging or going to the gym.

It’s a given that following this diet will help maintain or lose weight. But there are some questions about the diet itself overall.

Remember, this is just a basic summary about the paleo diet, including two sides of an argument. For now judge whether this a worthwhile plan to follow.