The Social Construct that Should be Abolished

Why Do We Wear Clothes Everyday? 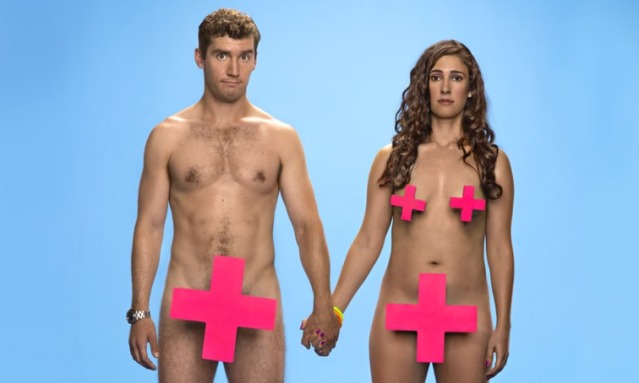 A man and women naked with a cross covering their private parts. (Credit: sales.electus.com)

Clothes are a social construct!

Why? Well, because when we wake up in the morning, the first thing most people do is take a shower. And that’s no accident- we have a feeling within ourselves to take off our clothes.

As a society, we do things because we want to be accepted. Something like wearing clothes happens because no one challenges the status quo–everyone just wears clothes as if they’re mindless animals with no control.

Why do I wear clothes? Do people ask themselves this question? No, they don’t. Everyone just does it.

There’s no gun to anyone’s head, so why do we have to conform to what society says is important?

There are people who sleep with no clothes on and they have said that it feels better then having clothes on and that’s because we were never meant to wear clothes. Our ancestors a million years ago survived without clothes and we can too.

In Europe, there are many places like City Cap d’Agde, France and City Park in Munich, Germany in which it is illegal to wear clothes- this is a perfect example of nonconformity.

Some people will say “What about the environment? Isn’t that why we wear clothes?” Ultimately, that is only true because we allowed our body to not work for itself, so it’s not used to our environment and that will change if we abolish clothes.

Infants are born without clothes and that’s what nature had in store for us as a human race. So, we can live through the hard times thanks to our old friend natural selection.

Clothes have also caused hard times for people by making them, especially men, insecure about their beautiful bodies. Clothing gives men a cover for these insecurities.

Since clothes are a social construct, that means we don’t need to be walking around with clothes trapping us like a turkey in a oven.

Not wearing clothes can also help us save money. Imagine not having to go to a clothing store and spending hundreds, maybe even thousands of dollars on something that we “need to use.”

Maybe people who will say “What about all those manufacturing jobs lost because no one is making shirts, jeans, etc?” But, there are other industries that we could build up to replace those jobs.

Abolishing clothes can make it easier for people to find a mate because everyone will have a chance to look at the body of potential partners to see if they want to reproduce with them.

We as humans also don’t mind being naked. For example, when we take a shower or sleep naked we are more confident about our bodies which makes us more happy which is good for our mental state. Especially if someone is struggling with depression.

Why were clothes made? They were made because people wanted to express their emotions for the day.

One example could be people who dress “goth,” they wear black all the time to express their “I don’t care attitude” towards the world. The same thing can be said when someone wears bright clothes, they want to show how happy or good they’re feeling for the day.

Our human nature is to be naked and our bodies were built to survive naked and we don’t need clothes in any circumstance. This proves once again that clothes are a social construct and should be abolished.

There are no good reasons for us to wear clothes, so the more we keep trying to justify this to ourselves, the more we’re perpetuating a unfounded myth.