This Origin Story Hits Right in All the Wrong Places 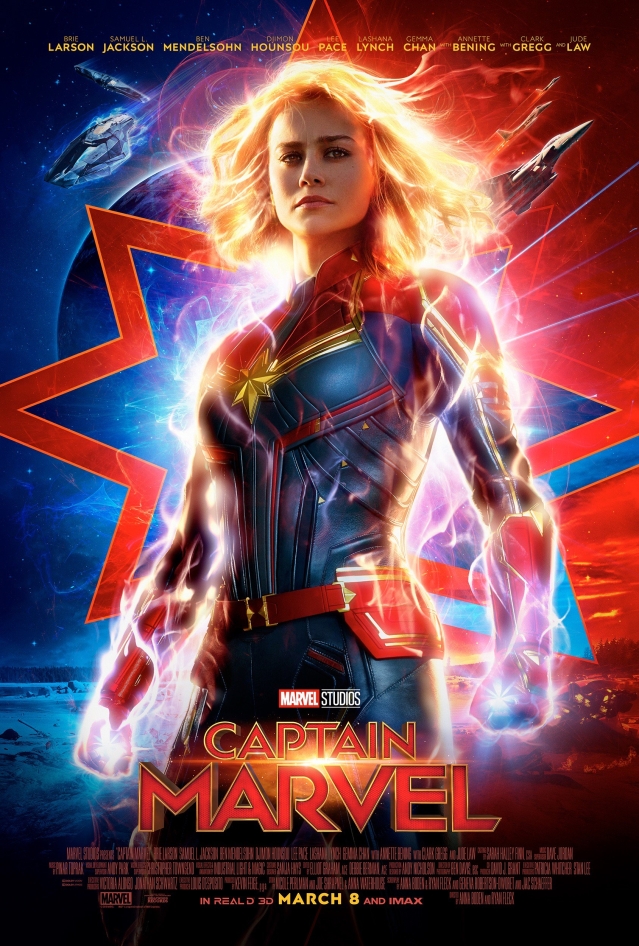 When all of the other origin movies that we’ve seen are released well before “Avengers Infinity War,” it is quite surprising that “Captain Marvel” is released just a month before “Endgame.”

Not only that, but the release of “Captain Marvel” was already on thin ice with Brie Larson voicing her opinion about “old white dudes” being the majority of critics in this medium.

This is just the icing on the cake. Charisma was somewhat of a missing trait in our main actress in all of the promotional videos surrounding the release, which didn’t help those questioning if she could fit the role of the main character.

But with all the stumbles that it took while making its way to the theatre for the release date of March 8, 2019, Captain Marvel regained her footing and stood out to be something more than what we were originally sold. Not to discredit the main plot but the audience was not only served one, but three backstories. That’s what saved this movie from being brushed aside.

The tried and true super hero formula finds a comfortable place in Marvel’s latest release yet again. The hero, or in this case, heroine is fighting for something she doesn’t fully understand.

She has powers that she doesn’t understand. A climatic event during the middle of the film spurs the heroine to seek answers. She eventually finds these answers and also finds out how great her powers are on the way. By the end of everything, she saves the day by harnessing these talents to defeat the evil.

While that is what actually happens in “Captain Marvel,” even if it looks new and shiny because of the sprinkling of flashback scenes and sides of nostalgic 90’s flashbacks, what kept viewers’ eyes on the screen was the inclusion of characters that fans of the Marvel Cinematic Universe already knew, such as Nick Fury and Agent Phil Coulson. At this stage of the game, people are quite tired of what we’ve already seen so many times over.

The viewer was finally able to see how Fury and Coulson’s relationship first developed as well as how the Avengers Initiative was created. Seeing familiar faces on-screen mixed with a feeling of wanting to fill in gaps on their history, the audience wanted more scenes about them than of Danvers herself. In a movie named “Captain Marvel,” that shouldn’t be the case.

Talking about the movie itself in a much wider aspect, as a superhero movie, Marvel’s latest release does have a footing like previously mentioned but wears two different styles of shoes.

The scenes try to juggle between being a campy action as seen in the likes of “Thor: Ragnarok” but then we dash into emotionally brutal scenes like “Captain America.” At times, this quick rotation will make the movie feel awkward and clunky to those familiar with Marvel movies.

What doesn’t feel odd is the CGI. The special effects are really one of the highlights of this movie. When Captain Marvel lets her powers unleash for the first time, all of it comes out of a standard of excellence from Marvel Studios.

In summary, this movie has it’s ups and downs. The sub plots are more interesting than the main one. The supporting characters hit the ball harder and stronger than the main protagonist. Comedy is present to balance to the drama, but it just doesn’t execute very well.

While this is a pivotal movie to see if you are a long time fan of the Marvel Cinematic Universe, Captain Marvel will play an important role in the upcoming “Avengers: Endgame” movie. Expect it to be a little less than marvelous.