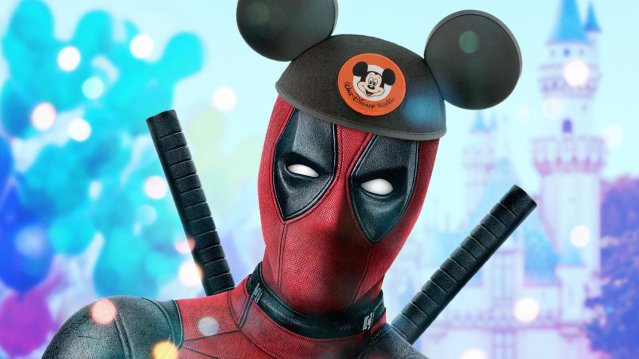 Deadpool will continue to have movies despite concerns. Photo Credit: ign.com

The deal has lowered the number of big movie studios to five. Besides Disney, there is still Sony, Warner Bros., Universal, and Paramount.

One of the franchises owned by Fox that Disney will now have is the “X-Men” series. Marvel Studios, also owned by Disney, will now be able to integrate the X-Men into the “Marvel Cinematic Universe.”

Fox will still release their upcoming “X-Men” film “Dark Phoenix” this summer with the cast that has been around since “X-Men: First Class,” but it will most likely be the last “X-Men” movie with them. Fox is also likely going to release another completed “X-Men” film “New Mutants” in August.

It has been confirmed that the only “X-Men” property not being recast or rebooted as of now is the “Deadpool” series, which has become popular in the last few years. Ryan Reynolds currently plays the Merc with a Mouth and has expressed excitement in the deal, posting Deadpool coming to Disney jokes on his social media.

This is a reassurance to the fans, who were worried that deal would mean Reynolds would no longer play Deadpool and the “Deadpool” movies would no longer be R rated due to Disney’s family-friendly image. Disney CEO Bob Igor and President of Marvel Studios Kevin Feige have actually expressed excitement in continuing to make R rated “Deadpool” movies.

An “X-Men” film that will have an unknown future is “Gambit,” which was supposed to be a solo movie on the X-Men character Gambit. “Gambit” has been in development for years and was going to star Channing Tatum as the title character, but it is looking promising.

Fans will be excited both franchises might eventually appear in the Marvel Cinematic Universe. For Fantastic Four fans, they may finally get a good “Fantastic Four” movie.

A Fox franchise growing that will now be owned by Disney is the Avatar franchise. “Avatar” is the highest grossing film of all-time and is scheduled to have many sequels in the upcoming years.

It shouldn’t be a problem for Disney, who already has an Avatar section in their Walt Disney World park, Disney’s Animal Kingdom. Also, with how successful “Avatar” was when it came out, Disney will most likely welcome more “Avatar” movies, making a lot of box office money with the Marvel Cinematic Universe and “Star Wars.”

Fox’s animation studio, Blue Sky Studio, known for animated movies like “Ice Age” and “The Peanuts Movie,” is still around, but it’s unknown what their plans are or how much longer they are going to be around. Disney already has two animation studios with Disney Animation and Pixar that are more popular and well liked.

Another Fox franchise fans might be concerned about is the “Alien” franchise. The “Alien” movies have been known for being R rated science fiction horror movies that aren’t for kids, but like “Deadpool,” it might stay the same.

The downside of the merger is Fox will be laying off many employees. According to IGN, the least amount of employees losing their jobs is 4,000, but possibly 5,000 to 10,000 over a long period of time.

According to Deadline, Fox Domestic Distribution president Chris Aronson is among the first to go. Aronson played a key role in many successful Fox movies in the last 10 years like “Avatar,” the rebooted “Planet of the Apes” movies and “Bohemian Rhapsody.”

Despite the downsides and concerns for some franchises owned by Fox, it will be exciting to see what new direction Disney and Fox will go in.