Never an Ordinary Day at the Church of Night 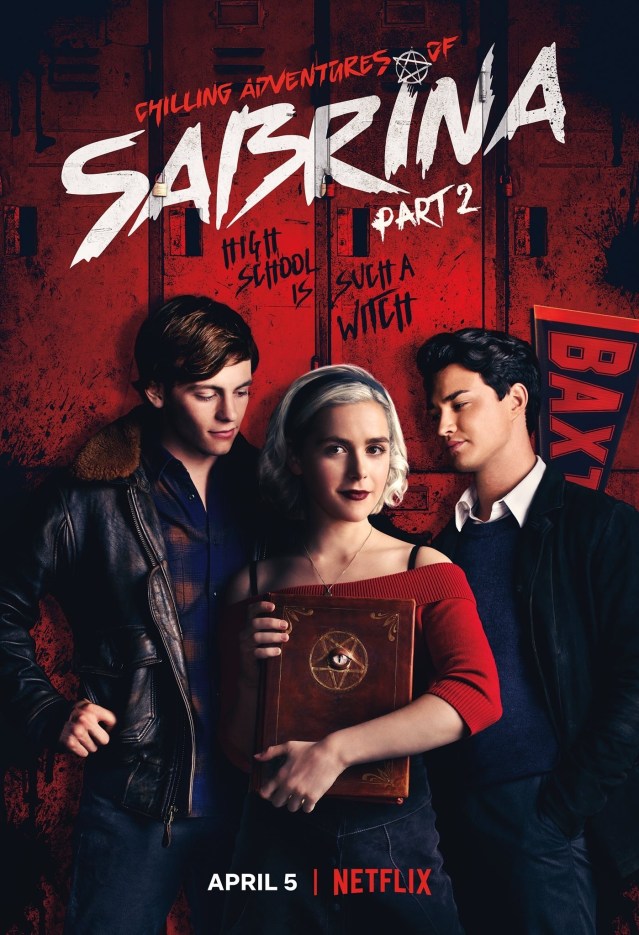 The Chilling Adventures of Sabrina returned for a second season on April 5th, 2019.Photo Credit: fortressofsolitude.co.za

The reboot of “Sabrina: The Teenage Witch” lives up to its name change once again.

In the first half of Season 2 of “The Chilling Adventures of Sabrina,” the audience is treated to not more of the same thing, which a lot of shows do, but instead a re-energized exploitation of what we were already given in Season 1.

Magical spells, Dark Arts, Monsters, Demons, and to top it all off, Lucifer. Without saying too much into how he’s involved this time around, his presence heavily affects everything and everyone.

By the end of it all, he is certainly a menacing figure that makes his mark in more ways than one.

And that’s how it is with all of the elements of the show that weren’t explored well enough in the first season. The audience is driven down new, unexplored avenues that were left closed last time.

There are plenty of surprise revelations, some that can be seen coming from a distance and some that are quite surprising. Among these twists include evil halves which are an appreciated homage to the original show along with more dark spaces that one can bat an eye at.

The most interesting arc in this new season is the introduction and follow through of the Order of the Innocents. They are essentially witch and warlock hunters who believe in everything Sabrina’s faith hates and despises.

While the episode that they are featured in is quite the bloody mess (in a good way), viewers wished to see more of their backgrounds to gain a better understanding of them. Not only how they went out doing what they were doing, but to see their motivations would have been the icing on the cake.

Ambrose, Sabrina’s warlock cousin, played by Chance Perdomo has a much more grittier and darker character arc, where at numerous points, his life hangs in the balance. This serves as a much needed contrast to how lighthearted and cheerful he was in the first season.

As much as that can be used for personality, to see him in these dangerous situations is very refreshing. Ambrose is not the only character change that’s welcoming.

Hilda Spellman, played by Lucy Davis, makes her darker side more apparent when it comes to protecting her family. The theme of family makes itself apparent through the nine episodes but it doesn’t manifest itself in anyone more than Hilda.

The way the actress channels more aggressive manners through a still caring and nurturing aunt is amazing to see. Watching her transition in seconds, ready to destroy those who threaten her world, is mesmerizing.

Completing her gender change, Suzie, now renaming himself to Theo, played by Lachlan Watson faces more challenges when it comes to the outside world accepting who he wants to be.

Once the audience realized where the writing was going with her character in the first season, it seemed questionable as to why a show like “Sabrina” needs such a sub-plot. But seeing him do what he does, fighting for what he wants and defending his friends, both verbally and physically, we were taken aback.

It really was inspiring and viewers ended up cheering for him in some of the more dangerous scenes.

Not that the other characters are not to be thought of either. Kiernan Shipka as Sabrina, Ross Lynch as Harvey Kinkle and Gavin Leatherwood as Nicholas Scratch all deliver well performances, especially Lynch who shows his emotions better than the rest.

This first part of the second season will definitely satisfy that itch of yours to see our new age witch in action. We’re curious as to what the second part will bring.