Nipsey Hussle and His Life for More Than Just Music 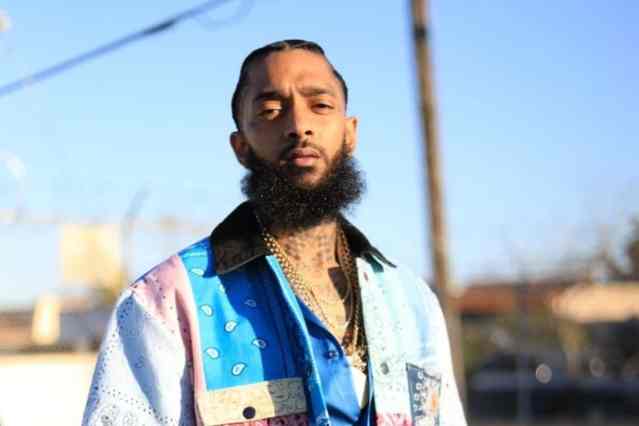 The late rapper donning the Flag of his home country, Eritrea. Photo Credit: The South African

In 2004, Nipsey Hussle, born Ermias Joseph Asghedom, and his brother Samiel were taken on a trip by their father, Dewitt Asghedom, to his home country of Eritrea, an East African nation.

For several months, Hussle and his brother were exposed to their Eritrean roots, learning the ways of the people and immersing themselves in the culture.

It was a stark difference from their upbringing in south central Los Angeles, specifically Crenshaw where gang culture ran rampart.

Hussle’s  upbringing in Crenshaw lead to him to join the Rolling 60’s Neighborhood crips, a life long affiliation that Hussle was never ashamed of.

The trip to Eritrea is credited as being instrumental in Hussle’s life, as he was reconnected with his roots. This even inspired Hussle later own is his own life when he had his daughter to enroll her in a school where she learned to speak Tigrigna, the native language of Eritreans.

Even as he matured and eventually left the gang life behind, Nipsey always made sure to never leave the people he grew up with behind. His humanitarian spirit was a part of his identity that he made sure to showcase.

In February 2018, Hussle announced his plan to launch STEM programs throughout inner cities, this being just one example of Hussle giving back and seeing people prosper.

One of Hussle’s lasting contributions that added to the prestige of his legacy, was the opening of his Marathon clothing store. The store was innovative, ahead of its time and was credited as the first smartstore of its kind.

For the many African- Americans who come from the the projects and become successful, there is a double consciousness that they all share. One of being from such areas, that are riddled with their own tales of oppression and retrogressive atmospheres.

The next consciousness is that of being upwardly mobile in a generally white society, where you as a black person are subject and privy to a greater sense of social and financial wealth and stability.

This new found power often leads those individuals to be looked at as success stories.

This brings forth the debate within the African- American community as whether those individuals owe the responsibility to go back to their old communities and help improve structure, so that the community as a whole is in better conditions to become functional members of society.

With Hussle being such a positive role model, the news of his death sent shockwaves throughout the black community, especially within hip hop.

His passing was another tragic reminder of the continuing eerie parallel of hip hop artists being shot and killed.

While the way Hussle left this earth was cruel, the outpour of emotion has been equally satisfying and fitting to his memory.

In his death, Hussle’s contributions to his community have become more synonymous with his name than his music and that just might be the proper way to respect his legacy.

While at the same time, let us not overlook his music, with nine mixtapes and one studio album, the 2019 Grammy nominated “Victory Lap,” his subject matter was consistent with the path of his life.

On “Victory Lap,” Hussle was emanating the spirit of a man at the pinnacle of life, with themes of independence and looking forward of things to come.

Featuring performances by Stevie Wonder, Jhene Aiko and Marsha Ambrosius, the service was riveting to say the least.

The legacy of Nipsey Hussle, as tragic as his transition to the next phase of life was, will ultimately be a unifying force.

Snoop Dogg eulogized Hussle at the memorial and noted how despite Hussle’s Crip gang association, he had Blood gang members, who are notorious rivals of the Crips, listening to his music and garnering respect for him.

Nipsey Hussle’s death is a loss that will be permanently felt, yet at the same time we can rejoice, knowing he ultimately served his purpose and that his actions were towards the betterment of his people.

Ermias may not be with us in spirit, but as he would want us to know his life will not be in vain and The Marathon Continues.