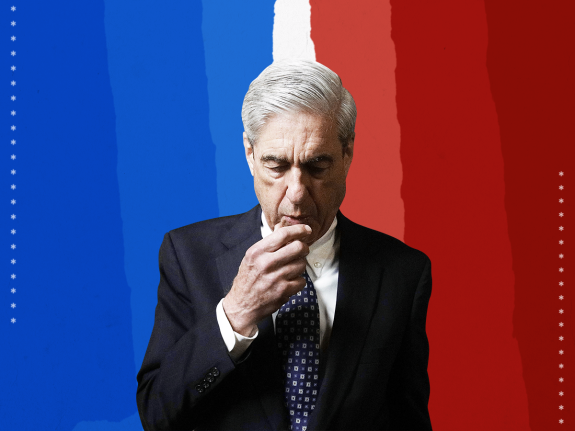 Robert Mueller is in the middle of the two political parties. Photo Credit: fivethirtyeight.com

On March 22nd, 2019 the Special Counsel led by Robert S. Mueller III conducted an investigation into Russian efforts to sway the 2016 presidential election and if the Trump campaign conspired with Russia to also sway the results of the 2016 election.

Shortly after the news broke of the Attorney General receiving the report, Barr told congressional leaders that he will give them a brief summary of the report by the end of the weekend. There were concerns about whether or not Barr will be transparent and if there needed to be a summary instead of releasing the full report.

According to the New York Times, Barr “Remained committed to as much transparency as possible” and reassured people who questioned Mueller’s actions during the investigation that he followed protocol.

On March 24th, 2019 Barr released his four page summary of the report and wrote that Mueller did not find evidence of a conspiracy or collusion between the Trump campaign and Russia to influence the 2016 presidential election.

Barr also wrote that Mueller did not conclude whether or not Trump illegally obstructed justice according to Business Insider. President Donald J. Trump tweeted “No Collusion, No Obstruction, Complete and Total EXONERATION. KEEP AMERICA GREAT!”

Mueller did not exonerate the President and according to Barr’s letter Mueller stated, “While this report does not conclude that the President committed a crime, it also does not exonerate him.” According to Business Insider, Barr and Deputy Attorney General Rod Rosenstein found that the Mueller team did not have enough evidence to conclude beyond a reasonable doubt that Trump obstructed justice.

Four points can be made based on Barr’s report. One: the U.S. Department of Justice (DOJ) didn’t determine whether or not Trump obstructed justice.

Two: the Special Counsel did not find that President Trump committed a crime, yet they did not exonerate him.

Three: the Special Counsel’s investigation found no evidence of a conspiracy between the Trump campaign and Russia. Four: Russia’s influence has two parts, one being the social media campaign to trick people into voting a certain way and another being hacking to steal information to influence the election.

While Barr’s summary was only four pages the full Mueller report is four hundred pages and Democrats on Capitol Hill are demanding to see the full report without any redactions.

Barr and the DOJ have concerns about releasing the full report to the public because of grand jury testimonies and national security concerns but the Democrats are not accepting a four-page summary.

The House of Representatives passed a resolution that says the Mueller report should be made public with 420 members voting yes and zero voting no. Barr is not obligated to release the report to the public, but only required to give a report to Congress.

On April 9th, 2019 Barr went to Capitol Hill to discuss the DOJ budget, but was grilled by lawmakers on other topics such as the status of Obamacare. Barr also told lawmakers that he will release a public redacted version of the report within a week.

Democrats still want a non-redacted version of the Mueller report for Congress. Now the public awaits for the full report expected to arrive in a week.