“It Chapter Two”: An Elongated but Satisfying Conclusion

The Losers’ Club Returns to Give Audiences their Fill of Heart, Horror, and Psychotic Clowns 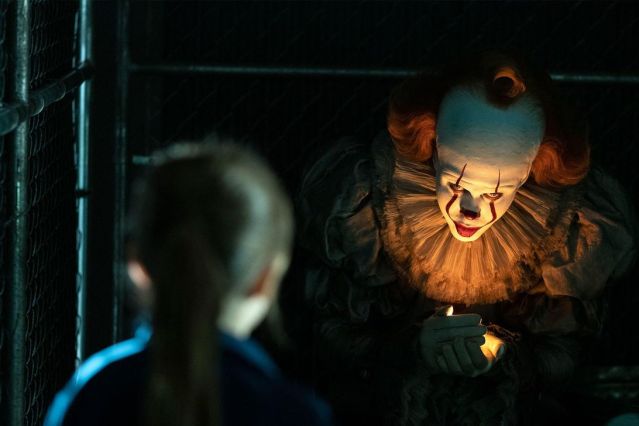 Bill Skarsgård reprises his role as Pennywise the Clown in “It Chapter Two”. Credit: enet.com

As the summer blockbuster season winds down and with the start of awards season releases still weeks away, “It Chapter Two” is an entertaining film to hold audiences over during this period of limbo. With this film, director Andy Muschietti quite faithfully adapts Stephen King’s acclaimed novel to the big screen for better and for worse.

Set twenty-seven years after 2017’s “It,” “It Chapter Two” sees the young Losers’ Club all grown up and ready for another battle with the titular demon. After a twenty-seven year-long nap, Pennywise the Clown (Bill Skarsgård) reemerges to inflict psychological terror on the residents of Derry, Maine, once more.

All of the members of the Loser’s Club that we met in the previous film have all grown up and moved on from their home in Derry except for Mike (Isaiah Mustafa). When It returns, Mike summons his childhood friends back home to fulfill the oath they made almost thirty years prior; to destroy It once and for all.

The film sees the reunion of our favorite characters from It (2017): Bill (James McAvoy), Beverly (Jessica Chastain), Richie (Bill Hader), Ben (Jay Ryan), Eddie (James Ransone) and Stan (Andy Bean). The majority of the film’s first and second acts focuses on these characters’ reunion and how each one deals with the ghosts of their past before their ensemble confrontation with It.

However, it’s during this stretch of time, specifically during the film’s second act, that “It Chapter Two” has the ability to drag and become somewhat monotonous. Yet, Muschietti is able to mask this flaw by including creative scares (that don’t always land) and suspenseful moments, as well as flashbacks featuring the young cast of the first film, to serve as character development in some cases.

Despite its ability to feel long at points, the film is thoroughly enjoyable. Muschietti’s faithfulness to King’s novel serves the film well in terms of its themes.

King’s themes of the corruption of innocence, processing trauma and the terror of the unknown are all present and hit upon quite well within the film. The author even has a brief scene as the grumpy owner of a Derry antique store, giving the film his seal of approval.

The film features fantastic performances all around. Bill Skarsgård’s Pennywise remains the story’s centerpiece in terms of sheer presence. Whenever he’s on screen, a sense of uneasiness fills the theater. Skarsgård’s Pennywise has an unpredictability about him combined with a childlike but manipulative demeanor; all of which makes him one of the most haunting horror villains to ever be on screen.

Both the seasoned actors in this film and the young actors from the first one mirror each other’s performances very well. The almost 40-year-old Losers matched their younger selves in almost every way; a testament to the dedication of all of the actors involved.

The fact that we were able to see these different versions of the characters in back-to-back scenes helped highlight this even more.

In the end, “It Chapter Two” is a healthy mix of good and bad. The film contains solid performances all around and covers various themes from Stephen King’s novel. However, with a runtime of 2 hours and 49 minutes, the film has the ability to drag and lose the audience’s attention. For fans of King’s novel and of the first film, “It Chapter Two” fulfills its promises even if it is a little long.

“It Chapter Two” is now in theaters, so get ready to watch Pennywise the Clown wreak havoc upon the town of Derry and the Losers’ Club once more.