Swap Out These Foods For Healthier Alternatives 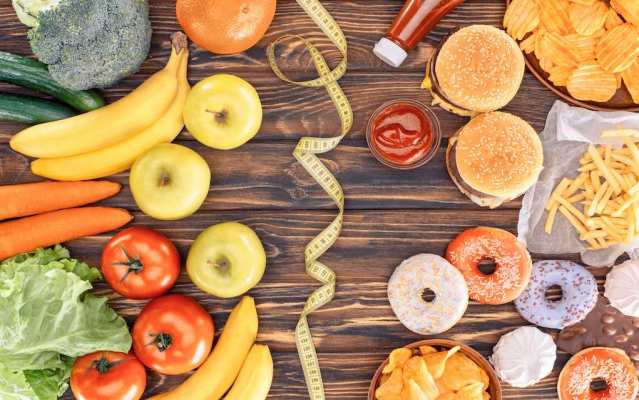 Making the switch to healthy eating is easier than ever thanks to more available options. Credit: naturallysavvy.com

Everyone loves that sweet or trans-fatty taste found in junk food, resulting in fat gain at the very least. What every diet recommends is abandoning those sweet treats, without any worthy substitutes. But here are some trade-offs that can make transitioning to healthy food easier.

Before going on about general junk switches, this case of bad nutrition is a good start. According to CNN Health, the case of a boy eating only pringles, french fries, and processed ham caused blindness.

Fixing the french fry habit can be substituted with it’s similar opposite: tri-colored veggie straws. These facsimile french fries are healthier, contain more nutrients, and also have different colors.

These straws definitely may not be as tasty, but are better for the body along with the next replacement.

Replacing the processed ham or other meat is easier said than done. Out of the many diverse foods available, few of them will be used. These few will be separated into both meat and veggie foods.

For the meat side what can be recommended is basically chicken, also some beef if it’s viable. Buying some food that isn’t processed meat would be a major step towards a healthier lifestyle.

The other way to ensure eating healthy is to go the long jump, by eating meat-free vegan meals.

Most vegan meals can constrict eating habits. But after salads come vegan substitutes, such as veggie burgers or tofu. The veggie-based burgers can be quite delicious, thus solving the meat part of the diet.

Based on the kid’s unhealthy diet it’s easy to assume that he drank too much soda. Changing his drinking habit to water would be standard, but in cases similar to this, there are other options.

Many of them may not conform to one’s tastes, but there is something for every one’s palate.

First thing served would be diet cola for any big soda drinker, nearly empty of sugar along with calories. One of the downsides of the diet soda is the unclear effects on the human body. This famous drink is a close substitute for actual soda, yet there are drinks without ambiguous evidence.

Starting off would be the more common drinks, tea or coffee, would serve as healthy in moderation. Since one can’t drink tea or coffee all day, carbonated drinks such as seltzer can be used whenever.

With the majority of the blind teen’s habits alleviated, there’s still more junk food to swap out.

A reverse process can turn anything into junk food, called deep frying. Dunking any food into hot fat will make it both delicious and unhealthy. Literally any food dunked in boiling fat will become fat, most likely what attracts us to bad habits.

Examining how fried food has an impact on the body may deter people from eating it.

Hopefully these warnings and helpful suggestions can convince people to make a serious change to their diet, or at least switch up their current food habits.