Did America Abandon The Kurds in Northern Syria? 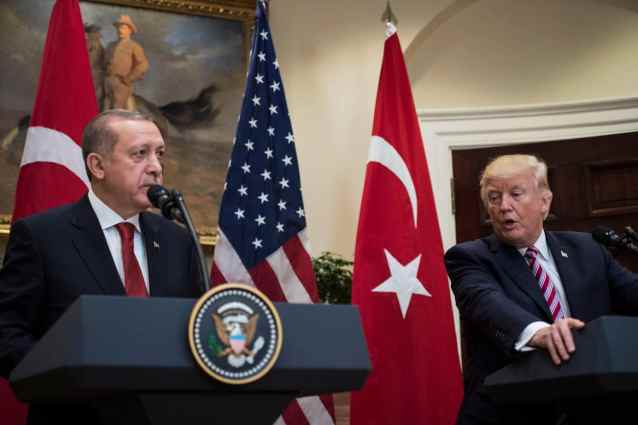 On Monday, October 8th, President Donald Trump announced that he will be pulling troops out of northern Syria and abandoning our allies, the Kurds.

The Kurds were very important in defeating ISIS in Syria and they lost thousands of fighters helping the United States in that region.

The pull out of northern Syria is being seen by the Kurds as a betrayal by the United States that left a key ally to defend themselves. The alliance with Kurdish forces began when the United States was looking for new allies to fight against ISIS after they tried to train and give weapons to moderate Muslims, which failed and only produced a few fighters.

The United States knew that an alliance with the Kurds was going to be hard to sell because Turkey saw the Kurds as terrorists and a threat to their country. The PKK (Kurdistan Workers’ Party) is a Kurdish militant group based in Turkey and Iraq that have been in an armed conflict with Turkey for years.

The U.S. tried to change the name of the YPG to the SDF (Syrian Democratic Forces) to make the Kurds look more reasonable to form an alliance with.

General Raymond Thomas, Commander of the U.S. Special Operations Command, explained the rebranding of the YPG to distance it from the PKK and other terrorist groups.

This worked in most places in the world, especially the U.S., EU, and the mainstream media. The media has glamorized the SDF but Turkey was not buying the rebranding and saw the SDF as a threat to its country.

Turkey is a NATO ally, so when the United States deployed troops to northern Syria and helped the SDF, Turkey couldn’t attack the Kurds and risk a conflict with a fellow NATO ally.

When Trump announced that he would be pulling troops out of northern Syria, that gave Turkey the green light to invade northern Syria and attack the Kurds without U.S. interference.

Trump’s decision faced backlash from almost everyone in Washington, with some of his biggest supporters like Sen. Lindsey Graham (R-SC) saying that he will hold Trump accountable for Turkey’s actions.

The concerns about the decisions is that they will damage the credibility of the United States on the world stage by abandoning one of our allies. The U.S. is trying to get a trade deal with China, a nuclear agreement with North Korea, and a new nuclear deal with Iran.

Another concern is the humanitarian crisis that Turkey’s invasion caused, with people reportedly dying and thousands fleeing from northern Syria to Iraq.

Yet another disturbance is that the ISIS prisoners that the Kurds were guarding and the potential of them escaping and regrouping will fuel a reserging of ISIS in the region. The Kurds will defend themselves against Turkey which will draw resources and guards patrolling the jails with ISIS prisoners to the border to help fight off Turkey.

Turkey wants to create a “safe zone” in northern Syria which will get rid of the Kurdish threat and give over three million Syrian refugees a new place to settle. The Trump administration has been pushing back against the criticism by not wanting to stay in the Middle East forever and by claiming this is a problem between the Turks and Kurds.

The administration has also tried to establish some kind of peace between the Kurds and Turks and it was mostly unsuccessful, but on October 17th the administration announced a cease-fire with Turkey.

Turkey will stop the invasion for five days and give the Kurds time to escape the region.

Trump has praised the agreement as a big win for peace, but the Kurds say that Turkey hasn’t stopped the attack and they won’t leave because they didn’t agree to the cease-fire.

The whole troop withdrawal has opened a new chapter in the even more complicated Syrian conflict in the Middle East.