The Many Ways Artists Can Surpass Their Critics

How Does An Artist Deal With Criticism? 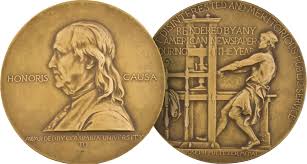 Is the Pulitzer Prize on your achievement list after critics review your art? Credit: wikipedia.com

Whether it’s criticism from readers towards a cartoonist’s comic strips, or a poem that people talk about when it is shared.

So how can you do that? The artist can learn how to elevate their “art game” by using technology they haven’t used before.

Why is this important? The creative learning process is the answer to the artist’s question. It is true that learning provides a release of dopamine in the brain.

Dopamine is a neurotransmitter that gives the brain a sense of pleasure after experiencing something unexpected.

Artists can live happier lives, for a moment, after dopamine is released in their brain. Although artists feel the effects of dopamine, there is always another critic ready to criticize their next work.

I know- this does sound pessimistic.

But artists are portrayed to be scientists according to The Molecule of More: How a Single Chemical in Your Brain Drives Love, Sex, and Creativity―and Will Determine the Fate of the Human Race by Daniel Z. Lieberman.

Artists also act as athletes ready to prove the critics wrong. For example, poets can read reviews about their book and write another book that responds to the critics.

Poets like R.H. Sin who wrote A Beautiful Composition of Broken is an example of how a poet can respond to critics in their work.

Some artists practice being their original self by using a certain philosophy to respond to critics. A good example can come from practicing self-love, self-admiration, and self-satisfaction.

Self-love is to practice having personal well-being. Self-admiration is to have pride for oneself. Self-satisfaction is to be happy with what one has achieved in life.

An artist can be happy with their personal lifestyle such as a baller’s lifestyle. Such a lifestyle can be the inspiration needed to overcome criticism after reading a review.

They can find that having pride for oneself can be useful, especially after critics respond to their latest hip hop track released to the public on a social media site.

An artist can experience a release of  dopamine, especially after winning an unexpected prize for their poems, such as the Pulitzer Prize. This can be an example of how an artist can feel self-satisfaction after reading what critics have to say about their work.

Artists like to travel, too. And traveling to a new part of the country or world can release dopamine in the brain because of the new learning experience.

They also can try new foods, snacks, and desserts which can add to their foodie lifestyle. The urge to shop at fashion outlets in places outside of the country can also release dopamine, but for a short period of time.

Such an escape can be a way for artists to deal with the outside pressures of society’s criticisms.

Lieberman, Daniel. The Molecule of More: How a Single Chemical in Your Brain Drives Love, Sex, and Creativity―and Will Determine the Fate of the Human Race. Dallas, Texas, BenBella Books, 2018.