The 28-year old winger was the most coveted player on the trade market. 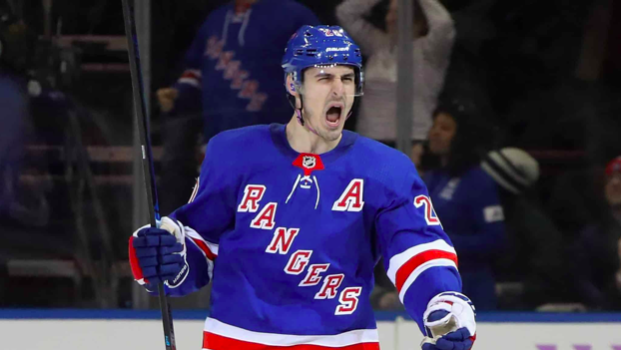 After much speculation, New York Rangers forward Chris Kreider re-signed with the Original Six team on the morning of February 24th, the NHL trade deadline. This news followed rumors that the Rangers were only willing to go up to six years on a contract and additional talk that Kreider’s camp was seeking a 7 year, $49 million contract.

The team and player wound up meeting in the middle, agreeing to a 7 year, $45.5 million extension, worth an average of $6.5 million per season. The deal will run through year 2026-27 taking Kreider to the season where he will turn 36.

This came after talk on the night of February 23rd that Rangers general manager Jeff Gorton and Kreider’s agent, Matt Keator, were unable to find common ground on an extension. There were rumors that Kreider would then be traded, as the team couldn’t afford to keep him without an extension and risk losing him for nothing as a free agent, like the Islanders did with John Tavares. There was no shortage of suitors, as eight teams, including the St. Louis Blues and Colorado Avalanche, were confirmed to have inquired about his services.

The price would have been high, with the Rangers reportedly seeking a first round pick, prospect and more as part of the return.

Eventually, on the morning of February 24th, Rangers President John Davidson held a press conference where he announced a stunning car accident involving two players, goaltender Igor Shesterkin and right wing Pavel Buchnevich. Both players were lucky in that their injuries were not severe. After this, he ended the press conference by announcing that the team had agreed to terms with Kreider on a new contract.

Davidson revealed that negotiations went down to the wire, as the contract was not signed and official until that morning.

There were also some logistical issues that needed to be ironed out. According to the NHL’s collective bargaining agreement, the lowest paid year of a contract cannot be less than half of the highest paid year. The most amount of money that Kreider will make in one season of it is $10 million, so the least he could make in one year would have to be $5 million.

The team had a year in the contract that paid $4 million, but once that was fixed, the deal was made official.

Kreider, a native of Boxford, Massachusetts, was drafted by the Rangers in the first round, 19th overall, of the 2009 NHL Entry Draft. He went on to star at Boston College under legendary coach Jerry York, winning two NCAA Championships, in 2010 and 2012.

Immediately following the national championship win in 2012, he signed his entry level contract with the Rangers and was recalled by the team to play in their first round playoff series against the Ottawa Senators. He made his NHL debut in Game 6 of that series, which the Rangers trailed three games to two. He scored his first NHL goal that night, and the Rangers went on to win the game and the series, en route to a trip to the Eastern Conference Finals.

In his eight year career with the team, Kreider has posted 157 goals and 316 points in 523 games. He was named an alternate captain in 2018, a designation he still carries. He is a prime candidate to be named the 28th captain in New York Rangers history, along with linemate Mika Zibanejad.

Kreider has proven to be a leader, taking players such as Pavel Buchnevich and new arrival Julien Gauthier under his wing.

His combination of size (6’3”, 217 lbs), speed and goal scoring ability would have been hard to replace for the Rangers, a young, rebuilding team that unexpectedly finds themselves in the thick of a playoff race.

Unfortunately, Kreider fractured his foot early in the first game after the trade deadline, and will be sidelined for the next four-to-six weeks. However, keeping him was a move that was in the best interests of the Rangers.