My Generation Will Graduate into a Recession

The Uncertainty of the Future 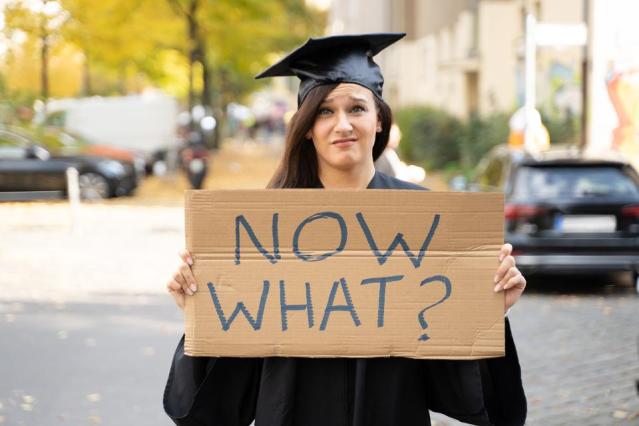 Many college graduates will suffer the consequences of a post coronavirus economy. Credit: forbes.com

Three weeks ago, I would have never thought I’d be sitting in my living room missing the crowded streets of New York. I’ve always complained about tourists abruptly stopping in the middle of streets to snap images of our city; I’ve complained about overcrowded busses and trains and morning traffic. And now, more than anything, I’d rather be standing on a crowded bus holding my morning cup of coffee as I make my way across the Verrazano Bridge.

America is listed as one of the top ten richest countries in the world. Yet, as I listen to the news it amazes me how our government has managed to fail its people. Specifically, New York has become the epicenter of the pandemic and we can’t even get enough ventilators and supplies into our hospital.

It amazes me that countries like Spain offer their citizens Medicare for all, and we are still fighting for it because Medicare for all is seen as a “socialist” movement.

As I read articles stating 3.28 million Americans have filed for unemployment, fear resonates with me as reality sinks in. We are going to enter one of the worst recessions in American history.

As a millennial, I can see my future slipping through my fingers. I had a plan. I was on a paid leave of absence to pursue a career in education and I had enough money saved up to complete my certifications.

My boyfriend moved in with me so I can afford to pay tuition and I even saved up additional money to extend my leave to complete my student teaching fieldwork. But, my dreams have hit the fan.

Now, I am stuck in this gray area and the possibility of me graduating without my license to teach is lingering in the air. As CUNY works with the DOE to see if we can complete the EDtpa through remote learning I am sitting here heartbroken because I can’t continue.

As a paraprofessional in the DOE I am unable to complete fieldwork for student teaching while on payroll. My plan to become a teacher before the September 2020 school year has shattered around me and I don’t even know where to begin picking up the pieces.

As we enter what may be one of the worst recessions in American history, the possibility of even getting hired fresh out of college is slim to none and the thought of that scares me.