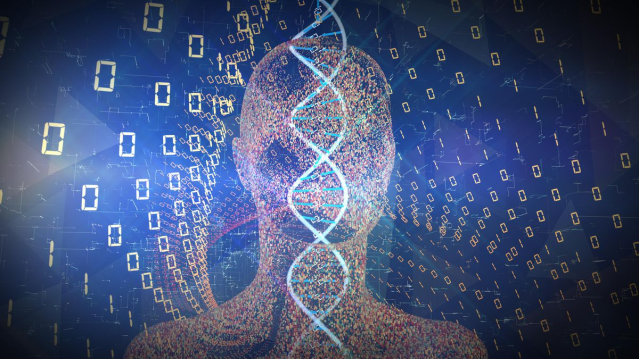 What lies within savants. Credit: forbes.com

Everyone thinks that in order to be a genius it requires ideal genetics, a chance that most people miss out on. But what if that wasn’t true; that ordinary people can acquire mental gifts by accident? There are real people who have been struck by this phenomena.

Here’s an explanation of what a savant is in order to give you some clarity on the term. Sometimes referred to as idiot savants, these are people who’ve been born with one extraordinary ability.

The reason why the word “idiot” is included is because most savants have high levels of autism. These individuals that were mentioned have one highly honed skilled, but are deficient in almost anything else.

It’s unknown why some individuals with autism are “savants,” but it probably has to do with their brain.

In everyone’s brain there is a potential for something greater, a hidden talent locked away inside. Apparently, getting a nasty blow to the head, an injury that’s basically a concussion, is the key. The proof that such a literal mind changing blow exists can be found in a person such as Jason Padgett.

Now he’s currently married while running a futon shop, but in his youth he was someone completely different. He competed in bodybuilding competitions and loved to party until he got attacked after leaving a bar. The next morning after he left the hospital something had changed his view of the world.

Jason was able to see the world in terms of math and has been able to draw incredible shapes with mere straight lines since then. Another recipient of savant syndrome is Alonzo Clemens, an incredible artistic sculptor. His artistic ability enables him to create detailed animal statues in the dark, but such gifts are pricey.

Remember, the only way to acquire savant syndrome is to damage the cranium, just by brute force. The same day that Jason gained his ability he developed a bad case of OCD. As for Alonzo, he sustained a childhood injury when he was young, and after that he became developmentally disabled.

It’s been proven that the brain contains a treasure trove of hidden jewels, the problem is extracting the precious goods. There are more cases of savant syndrome that don’t include head trauma, that are further explained on Agnesian.com. One case study mentioned that another possibility for savant syndrome can be obtained by experiencing dementia.

In a case study done by Dr. Bruce Miller,  he described three patients with dementia, who developed great artistic skills. It appeared as their brains began to deteriorate, a hidden artistic block had been removed. But a warning, getting knocked on the head will only uncover artistic talents.

Studies have shown that those with savant syndrome only get math or artistic abilities and nothing as extreme as superpowers. It’s a different kind of power that requires damage only to the left hemisphere of the brain. The reason why it’s called an accident is due to the specific hemisphere that needs to be hit to activate savant syndrome.

There are attempts being made to create artificial savants without using brute force. Alan Snyder has been trying to create a working prototype that could briefly unlock the inner human’s savant. Other methods include using magnetic waves.

After going through all the information that’s behind these savants, it’s clear what their abilities are. Gifts from savant syndrome have a heavy price that go along with it. It’s proof that everyone can have this inner genius in themselves, but they have to discover it accidentally.