Biden Shows His Leadership When Questioned About Racial Tensions in America

On a night where people were supposed to tune in for the 2nd Presidential debate, Vice President Joseph R. Biden Jr. displayed composure during questioning on America’s top issues today 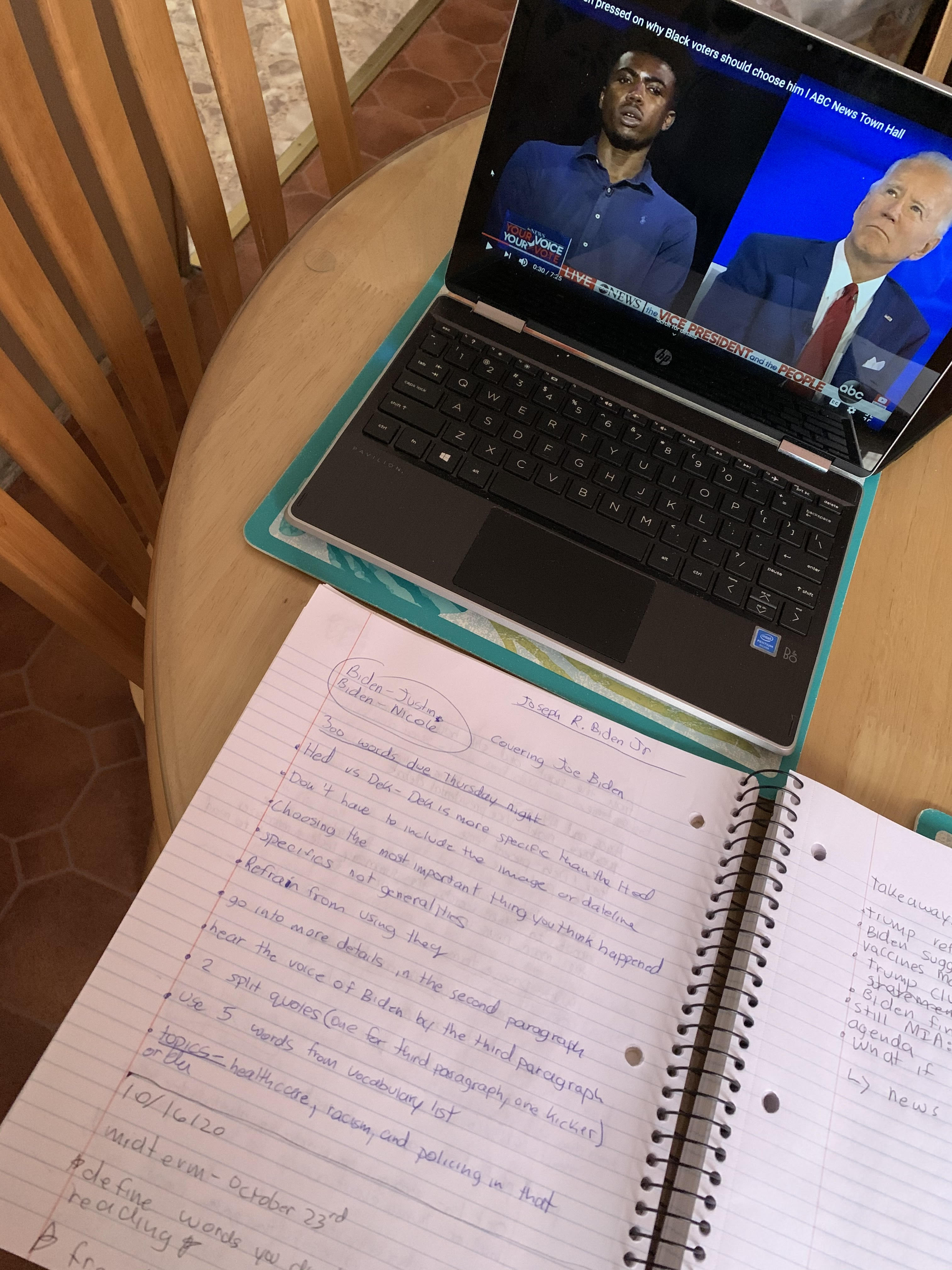 While discussion ranged from mask mandates caused by the pandemic to what he would have done with the open supreme court seat brought about by the passing of associate justice Ruth Bader Ginsburg, Biden showed responsible stewardship when confronted about the palpable racial inequality and instances of police brutality ongoing in America.

“We are a country that is a country of slaves who came here 400 years ago, indigenous people and everyone else is an immigrant,” said Biden. “And unless we are able to treat people equally, we’re just never going to meet our potential.”

Cedric Humphrey, a student from Harrisburg, Pennsylvania and progressive democrat, asked Biden how black people can change this narrative, considering it will come down to the election and that many black voters under the age of 30 will swing the results by not voting at all.

“It is a sacred opportunity, the right to vote,” said Biden. “If young black women and men vote, you could determine the outcome of this election.”

As for whether the callous treatment of black people from police should call for a defunding of certain departments, Biden made sure to get his point across and to defend officers from the criticism that has fallen upon them.

“More cops mean less crime. Crime went down and fewer African Americans were arrested,” said Biden. “Most cops don’t like bad cops, and so what happens is they get intimidated into not reporting.”