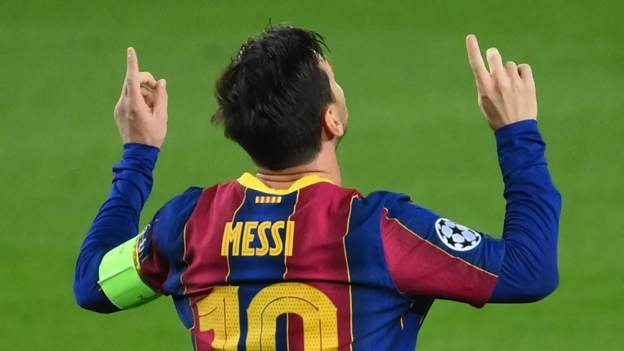 The pandemic also caused much regulation with fans inside the stadiums, which some clubs allowed only up to 30% capacity.

The first two games of the new Champion League campaign were on Tuesday, October 20th, 2020, when Juventus FC was away from home against Dynamo Kyiv and Zenit hosted Club Brugge. Both games had fans inside, wearing masks and some were socially distancing.

The Juventus game took place in the capital of Ukraine while the Zenit game was in Russia, Saint Petersburg. Club Brugge defeated Zenit away from home and so did Juventus with two goals from their new striker on loan, Alvaro Morata.

Juventus are hoping for their star player, Cristiano Ronaldo, to be ready for next week’s big game against FC Barcelona because Ronaldo has recently tested positive for COVID-19.

New clubs in this season’s competition, Istanbul Basaksehir, Rennes, and Krasnodar all had disappointing nights as Istanbul lost to last year’s semi finalists RB Leipzig and both Rennes and Krasnodar drew in the game between them.

Some of the big clubs had a terrible Tuesday night as Chelsea drew 0-0 with Sevilla, Borussia Dortmund losing 3-1 away to Lazio in Rome, and PSG losing to an impressive Manchester United 2-1. PSG had their star players Neymar Jr. and Kylian Mbappe on the field, but it was Manchester United defense that kept them quiet during the game.

Similar to the recent game between these two clubs in 2019, Manchester United striker, Marcus Rashford, scored a late decisive goal to win his club the game. FC Barcelona played on Tuesday night as well and they were superior to their opponent.

Lionel Messi scored a penalty and the youth were playing well such as 17-year-old Ansu Fati, who scored a goal and gave an assist.

Wednesday night had more action; the first games were RB Salzburg vs Lokomotiv Moscow followed by Real Madrid vs Shakhtar Donetsk. Salzburg and Moscow ended in a draw and Real Madrid lost at home against Shakhtar 3-2.

This is a surprising result even though Madrid has shown weaknesses in the defense and their main center back Sergio Ramos was out due to injury. Madrid`s team is still filled with high-quality star players and Shakhtar was affected by the pandemic, leaving many of their important players out for this game.

Debutants Midtjylland got crushed by Atalanta 4-0 and Olympiacos got a late winning goal against Marseille by Ahmed Hassan, who dedicated his goal to his father who passed away exactly five years ago. Inter Milan tied 2-2 against Borussia Monchengladbach thanks to two goals from striker Romelu Lukaku.

Manchester City beat FC Porto 3-1 and Liverpool beat Ajax 1-0 due to his own goal from Ajax left-back Nicolas Tagliafico.

Liverpool learned to defend well without their central defender Virgil Van Dijk, who suffered an ACL injury the past game against Everton and could possibly be out for approximately six to eight months. The champions Bayern Munich took on Atletico Madrid in what looked to be a very close match; however, that wasn’t the case.

The new Champions League season is underway with more teams being competitive with each other. There will be more Champions League action in the next two weeks which is exciting for all football fans.

It will be difficult for many teams to get good results as the schedule will be tight and there are many games to be played.