The Women Who Built America 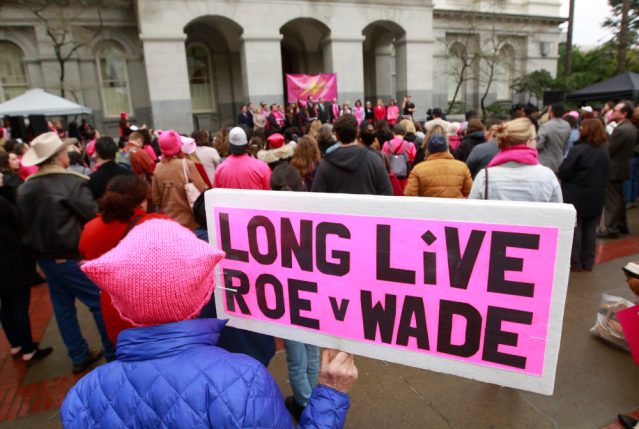 Only 43 years ago, less than half a century, women gained rights to their own bodies. We stand in the modern age currently questioning whether or not we will lose those same rights.

As November looms and the Supreme Court nomination of Amy Coney Barrett is put into place, women all over America are afraid for their lives. They are afraid that Roe v. Wade, a monumental Supreme Court case, will be overturned.

This was a case that gave women the rights to an abortion. In 1973, Jane Roe, now being recognized as Norma McCorvey, filed a lawsuit against Texas District Attorney Henry Wade, challenging the Texas law which stated that women were unable to abort a pregnancy unless a medical professional had stated that the mother’s health was in danger if the pregnancy was to continue.

McCorvey believed that it went against all rights of personal privacy which were protected by the First, Fourth, Fifth, Ninth, and Fourteenth Amendments. This landmark case was ruled in favor of McCorvey, exclaiming that women had the right to privacy when it came to her choice of abortion.

Now, in 2020, 43 years after this decision, women are faced with the possibility that the government may overturn the Roe v. Wade decision. The decision that allowed women to make a choice, their choice, about their future.

The separation of church and state is how the country has been governed since the start; however, the opinions of new Supreme Court justices can overturn all that Roe v. Wade has allowed since 1973.

If this were to be the case, according to “Could Roe v. Wade Be Overturned?,” by Laura Temme, Esq, there would be 8 states that would automatically ban all abortion. States such as Arkansas, Louisiana, and South Dakota will not even consider rape cases as a reasoning for the said abortion.

These abortion bans have not been used since 1973 but can be quickly reignited without the protection of Roe v. Wade. There will be 13 states that will remain as sanctuary states for women and they will continue to legally perform abortions.

With the potential addition of Barrett to the Supreme Court, there is an unsettling feeling that there can be an overturn of this landmark case. Barrett is a conservative, with her mentor being former Justice Antonin Scalia, who believed that Roe v. Wade was wrongfully decided.

Scalia was a conservative Supreme Court Justice who believed that there was no constitutional right to abortion. He did not believe in the right to terminate a pregnancy and as mentioned he thought Roe v. Wade was a poorly made decision.

His thoughts were that since the Framers never believed in abortion then we as modern-day Americans should not have that right as well. His beliefs stem from facts from the 1700s, from the minds of men that never understood the lives of women.

The idea that Barrett has supported Scalia makes the public have an uneasy opinion about her. They also have the unsettling feeling that women may once again have to fight for the rights to their own bodies.

The fight for reproductive rights alone has been a battle that has been fought for about 500 years. The women who have built America, the ones that have upheld the country’s livelihood and virtues, are now dealing with the disturbing reality that they may no longer bear the right to their own bodies.