Men’s U.S Soccer Team has a Bright Future Ahead of Them 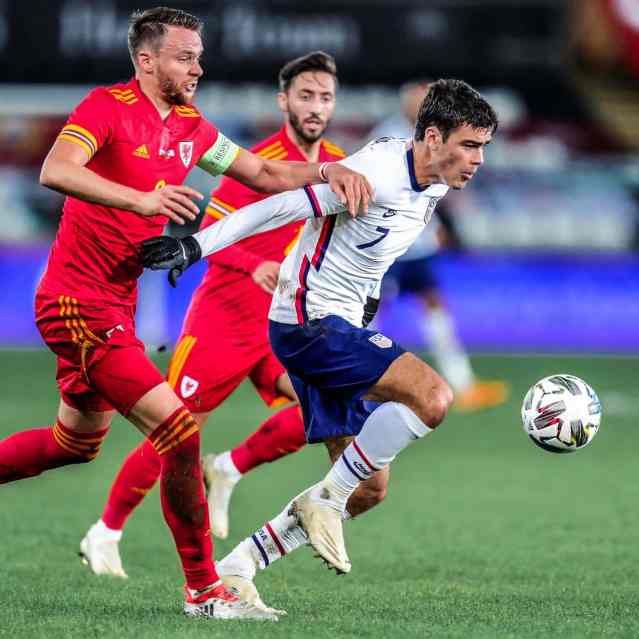 After the World Cup in 2018 with qualification games like Trinidad and Tobago, it looked like there was no future for the United States Men’s National Team. Cristian Pulisic, a 22-year-old winger or attacking mid-fielder seemed to be their only hope.

Pulisic began his soccer career at Borussia Dortmund in Germany and progressed quickly through their youth academy.

At the start of the season, American fans began to worry about the lack of quality players and the dwindling ambition of the U.S. Soccer Federation. To take action and make the World Cup in 2022, there needed to be change.

Many American fans were worried about the lack of quality players and the lack of ambition the U.S. Soccer Federation had for their national team. They needed to take action to not miss the next World Cup in 2022.

Europe seems to be lacking in American players. Pulisic was shining at Dortmund and then made a transfer move to Chelsea FC in England. The 22-year-old winder dribbles quickly, making him dangerous on the field.

Another American player is Weston McKennie, a midfielder who succeeded in Germany playing for Schalke FC. McKennie currently plays for Juventus FC, one of the biggest clubs in the world alongside star player, Cristiano Ronaldo.

These two players doing well in Europe showed MLS clubs and the U.S. Soccer Federation to get more American players to play in Europe and to increase the quality of the national team.

As well as Pulisic and McKennie, other players such as Tyler Adams who played for the New York Red Bulls, and Prospect Gio Reyna have also moved to Germany to play. 18-year-old Reyna plays in Borussia Dortmund and has a potential for a future in Germany as well.

Reyna played on the NYCFC youth team in the position of attacking midfielder. He plays alongside some of the other top young talents in the world like Jadon Sancho and Erling Haaland.

More American players are playing for some important teams in the world like goalkeeper Zack Steffen at Manchester City, Chris Richards at Bayern Munich, and the recent transfer move of Sergino Dest at FC Barcelona.

Dest became the first American to play for FC Barcelona in La Liga and he is viewed by the Spanish club to be their starting right-back for many years.

On Thursday November 12th, 2020, the USMNT played against Wales which included a lot of debuts for many young players like Reyna. It was the first time most of these new players played with each other and so it was an extremely big test for them. In the end, the game ended with a score of 0-0.

On Monday November 16th, 2020, the USMNT took on Panama with a few adjustments to the lineup. The game showed great passing from the U.S. team and that their defense line were on their toes, ready to attack.

The U.S. defeated Panama in a convincing 6-2 win. At the beginning of the first half, Panama scored first, however, the U.S. recovered pretty quickly.

Gio Reyna scored his first goal for the national team by scoring a low free kick. Another debutant, Nicholas Gioacchini, scored two goals in under 5 minutes after the Reyna goal.

Later in the second half, Gioacchini had potential to score a hattrick; however, he had his penalty saved. Another debutant who scored a double was Sebastian Soto.

He came on in the 77th minute and scored two headers which are impressive in such a short amount of playing time.

Debutant Richard Ledesma, who also came on in the second half, was the provider for both of Soto’s goals. This victory should be a big boost of confidence for the team ahead of the next World Cup qualifiers, which starts next year.

With all these new young talents, U.S. soccer might have something to be very excited about.