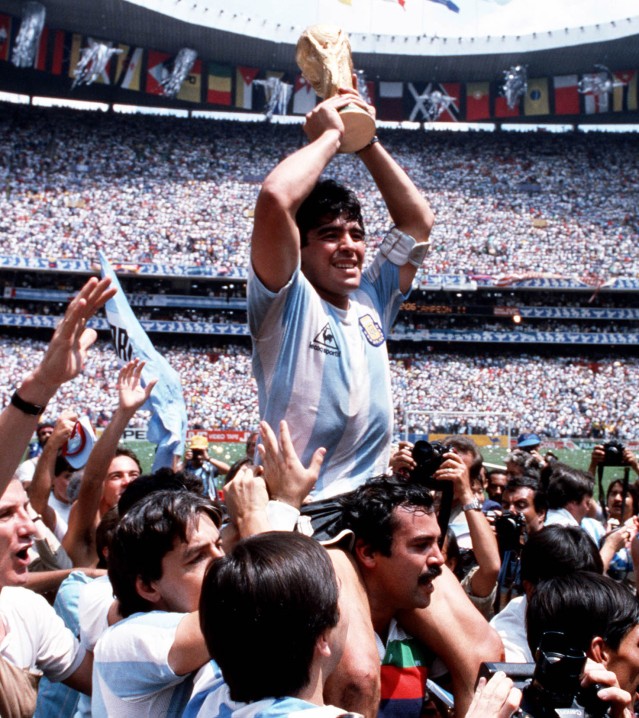 On November 25th, 2020, Diego Armando Maradona passed away after suffering a heart attack in his home in Buenos Aires, Argentina. He went to the hospital in early November after getting brain surgery to treat a blood clot on his brain.

He was released on November 12th after successful surgery and according to his doctors, there wasn’t anything concerning and that he was fine. Now two weeks later, Maradona passes away and has left the football world in shock and has brought sorrow.

He is an icon to the game is considered to be one the greatest, if not the greatest player to ever played this sport. He has inspired so many people including his home nation who adore him and refer to him as the God of Football.

Diego Maradona was one of the most iconic players of all time because of his skills, his passion, his personality, his goals, and his ability with the ball. Maradona made his debut in 1976 when he played professional football for the first time with Argentinos Juniors. He was only 16 years old and his ability was fascinating.

He was a short man, 5`5 to be exact, but that was an advantage rather than a disadvantage because he had a very low center of gravity which allows him to move fast with the ball and get past players easily. Maradona was almost untouchable when he goes on those crazy runs during games which making top clubs try and sign him.

Boca Juniors, one of the biggest clubs in Argentina, signed him after doing well with Argentinos Juniors. He lasted in Boca for a year because FC Barcelona signed him right after. He joined one of the biggest clubs in the world and goal statistics s should suggest he did well in that club as well, scoring a good number of goals, but his character was one of his downfalls.

In the 1984 Copa del Rey Final between FC Barcelona and Athletic Bilbao, Maradona kept getting tackled very harshly and was a victim of racist insults from the Athletic fans and the Athletic manager at the time, Miguel Sola. Barca lost the game 1-0 and Maradona was being provoked. Maradona attacked the manager and Athletic players which led to a huge brawl. Barca wouldn’t think the Maradona transfer would work because of his temper and character.

Maradona then moved to Napoli the same year, where it would be his ideal club. He was adored by the Napoli fans and led Napoli to their first-ever Italian League championship in 1986-87. 1986 was a World Cup year hosted in Mexico and Maradona was in his prime. This World Cup would be remembered as the World Cup where Maradona shined and showed his true brilliance.

He scored two iconic goals in that world cup in the same game when Argentina played England in the semifinals. He scored a goal with his hand, which looked like a header before, and is now known as the “Hand of God”. Of course, it shouldn’t have counted, and it was controversial but back then, they couldn’t change the decision.

The second goal he scored will be remembered forever. It is regarded as the greatest goal in World Cup history and referred to as the “Goal of the Century”. This was the goal was classic Maradona getting past many players and past the goalkeeper with such ease.

Maradona left so much influence on many football fans and players around the world including Lionel Messi. Messi is often compared to Maradona because of his height and similar ability to get past players with ease.

After hearing the news of Maradona`s death, many football fans around the world and in Argentina paid their respects and honored him. Argentine fans crying in Buenos Aires because of their icon`s death and Messi himself dedicating a goal for him wearing an old jersey of his.

All his former clubs also took the time to honor him and Napoli has officially renamed their stadium after him. Rest in peace to one of the most inspirational and greatest players to ever step foot on a football pitch. Rest in Peace, Diego Armando Maradona.