NFL Draft 2021 Preview: Who Should the Jets and Giants Draft

With the NFL draft nearly one month away, both New York teams must finalize who they believe will become productive players on their rosters 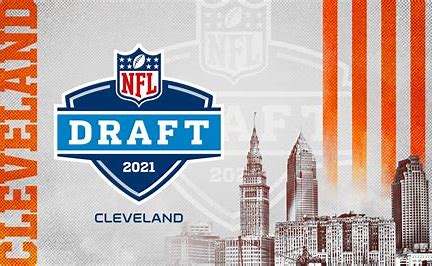 The NFL Draft will be held in Cleveland, Ohio from April 29th to May 1st. Credit: profootballdraft.com

After two disappointing seasons, the New York Jets and Giants will be looking to draft productive young talent to their rosters this upcoming NFL draft. With both teams being in different situations and trying to build their teams through different agendas, let’s look at those situations and what players they would possibly draft.

Tough Decision for the Jets

The Jets own the 2nd overall pick, therefore having the difficult choice of either drafting a future quarterback to replace Sam Darnold, draft a playmaker at receiver or offensive line, trade the pick to the Texans for pro-bowler Quarterback Deshaun Watson, or trade down to gain more picks to fill their roster with more possibly talented players.

The Jets also own the 23rd pick, which could be a decent spot to pick up a solid player. If the Jets do not trade their 2nd pick, they will have a choice between several talented young players.

Sewell was a dominant lineman for Oregon as he only gave up one sack in over 1,376 snaps in the last two seasons. Credit: buffalofanbase.com

At six foot 6 and weighing 325 pounds, Sewell is compared to San Francisco 49ers OL Trent Williams, who is known as one of the best offensive linemen in the league. In his scouting report, NFL analyst Lance Zierlein describes him as a “Rare-breed tackle with good size and the elite foot quickness to make the most challenging move blocks the game has to offer.”

Drafting Sewell at number two and having him on the same offensive line with Mekhi Becton would build a solid offensive line around Sam Darnold if Sewell is able to grow into a solid starter for years to come. 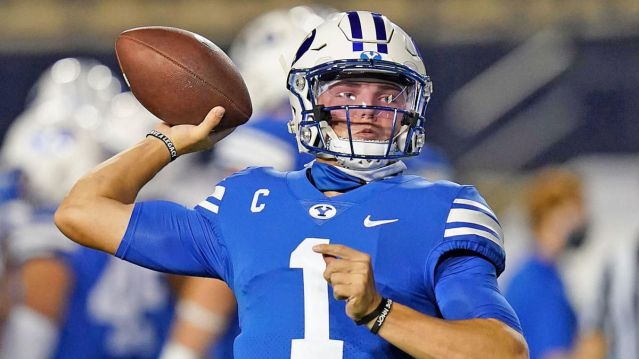 Wilson had an impressive bounce-back season in 2020 where he threw for 3,692 yards, 33 touchdowns, and only 3 interceptions. Credit: cadenanoticias.com

If the Jets do not believe in Darnold, drafting a Wilson may be the best option. Wilson is depicted by scouts as a quarterback prospect with swagger, the arm talent and mobility to make big plays inside and outside the pocket, and a gunslinger’s mentality like Aaron Rodgers.

Wilson increased his production and play quality in 2020, and he puts in the hard work to become a better player. With good development, Wilson is projected to become a solid starter within his first few seasons in the NFL.

Although Ja’Marr Chase opted out of the 2020 collegiate season due to Covid-19, he is still arguably the best wide receiver in this draft. With incredible ball skills, explosiveness, playmaking, and gifted physical attributes, Chase can easily develop into a number 1 receiver on any team. NFL scouts believe that Chase will easily become a pro bowler and an anonymous NFC team executive believes that “he could be special.”

Drafting Chase means adding a weapon to a poor receiving core and having a reliable receiver for Darnold. However, many mock drafts deem it unlikely that the Jets will draft a wide receiver at number two. 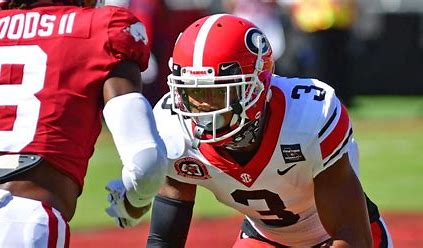 At Georgia, Campbell played 3 years and had 89 total tackles, 10 pass deflections, and only 1 interception. Credit: Dawgnation.com

The former five-star cornerback out of Florida had three solid seasons at Georgia. Campbell has all the physical tools and skills to become a starting corner in the NFL. The only major weakness in his game is his confidence in his footwork and technique, which has led him to be unbalanced in coverage.

Campbell is listed as the third-best corner in the draft. If he is the best available player by pick number twenty-three, it would be smart for the Jets to draft him because they lack talent in the secondary, especially at cornerback.

Giants seek to fill in holes in their roster

After failing to win the division, the Giants will be looking to draft players that will provide help in the positions they need. The Giants are in desperate need of a playmaking receiver and edge rusher. At the eleventh pick, there are possibly a few players that they have a choice of grabbing. 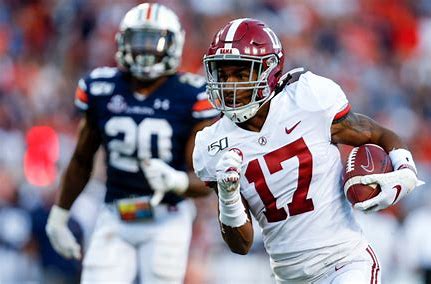 Waddle was a strong contributor on offense for the Roll Tide in his three seasons with the team and was a second-team All-SEC kick returner last season. Credit: giantswire.usatoday.com

At 5’ 10” and 182 pounds, Jaylen Waddle has been compared highly to Tyreek Hill because their skills are similar. Waddle is a very skilled receiver at all three levels of the field and is explosive, and game-breaking. Waddle can easily upgrade a team’s scoring potential whether it is through the deep ball, catch and run, or running back return kicks.

The only major concern with Waddle is if he can play against defenses that will press and play different coverages compared to college. Regardless, Waddle would be a valuable weapon on the Giants’ offense.

Rousseau was a first-team All-ACC player and ACC Defensive rookie of the year in 2019. He did not play in 2020 because he opted out. Credit: insidethestar.com

After scouting Rousseau, an anonymous director of scouting did not see him as a “big-time NFL rusher” and thought he had “very average juice and speed-to-power.” Scouts believe that Rousseau has the physical tools for an edge but lacks the experience.

With the right development, Rousseau can improve into a defensive end perfectly suited for a 4-3 defense. If the Giants pick him up, they will get an edge rusher who is projected to be a starter within his first three seasons.