The Falcon and the Winter Soldier has Some Hits and Misses

The Disney+ Series has More Negatives that Outweigh the Positives 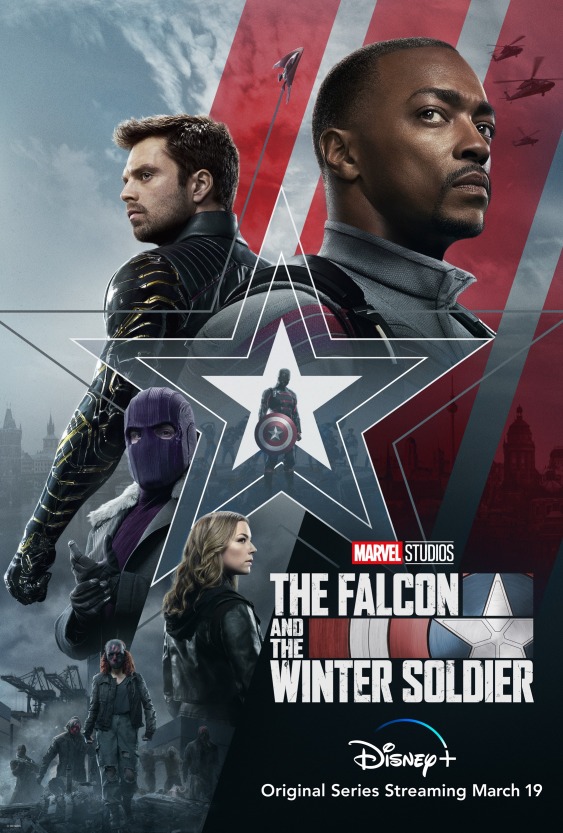 Series poster for Disney+’s The Falcon and the Winter Soldier. Credit: IMDb

The Marvel Cinematic Universe shows are off to a rocky start.

The investigative angle that introduces the Flag-Smashers was an effective introduction to the group. Joaquin Torres is investigating them by looking at their message board activity and uses an app on his phone to detect Flag-Smashers in person.

Much to Sam’s chagrin, Torres infiltrates the Flag Smashers during a bank robbery.

But at the same time, this was not the most effective way to introduce them as characters, which leads to the biggest problem with the Flag-Smashers: they lack any sort of individual characterization. None of these people stand out, with the exception of Karli and Dovich, that one guy who opposed her methods.

Another problem with them is that they are anarchist idiots who can’t see the forest for the trees. Their goal is to get rid of governments and have one whole united world.

This would cause more problems than it would solve. For example, this wouldn’t get rid of things like racism, hate, and violence.

They are also boring villains. The writers tried to make Karli Morgenthau a tragic character, however it does not work.

Isiah Bradley is a more tragic character than any of the Flag-Smashers. Lemar Hoskins also dies. Why? Why was this necessary?

The whole “black guy dies first” thing didn’t age well in 2021. In fact, if this show came out like it was supposed to in 2020, it would have been dead on arrival.

They could have kept him alive and have him do things as they focused on Sam, Bucky, John, and Lemar conflicting with each other. But nope, he’s just a black guy who dies first.

Turns out the weakest point of this series was revealing that Sharon Carter is the Power Broker. Why? This came off as the writers saying, “Sharon Carter hasn’t done anything in the MCU. Let’s have her be a villain.” It ruined her character. This makes her roles in “The Winter Soldier” and “Civil War” pointless.

She didn’t contribute enough to the plot in those movies to even be in them. Those roles could have easily been filled by some generic S.H.I.E.L.D. agent or an original character like Phil Coulson.

Sam’s scenes with his family and Bucky’s scene with Mr. Nakajima in episode one are things that Captain America could not have done. Another thing that worked about this series is Baron Zemo, he was very effective as a side character. For example, him singing “Baa Baa Black Sheep” to a bunch of little kids is disturbing. He also had some funny lines as well, such as him discussing the importance of Marvin Gaye and him dancing at the club.

But at the same time, they do not undermine his competence. For example, he smashes all but one vial of the Super Soldier Serum, and his interrogation of the kids is better than Sam and Bucky’s attempts to interrogate people and he’s the one who gets any answers.

“The Falcon and the Winter Soldier” has a few good things going on in it, but the show just kept getting progressively worse, and the finale leaves a bad lasting impression of the series.