These Films will Definitely Keep you Entertained 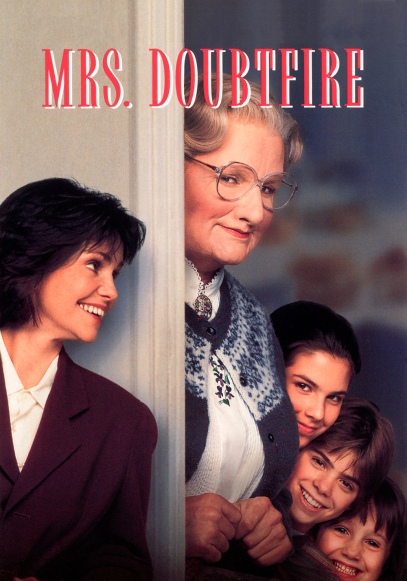 In “Mrs. Doubtfire,” Daniel Hillard quits his job and throws an elaborate birthday party for his son. His wife Miranda is not happy with this and along with the constant relationship problems she has with Daniel, files for divorce.

Miranda has sole custody of their kids and Daniel can only see his children if he gets a steady job and has a place to live within the next three months. He ultimately discovers that Miranda is looking for a housekeeper to watch the kids and clean up the house while she is away at work.

Daniel thinks this is the perfect job for him and disguises himself as a nanny, Mrs. Doubtfire, so he can see his kids. Chaos ensues as he tries to perform household duties around the house and tries to keep up with the persona of Mrs. Doubtfire. 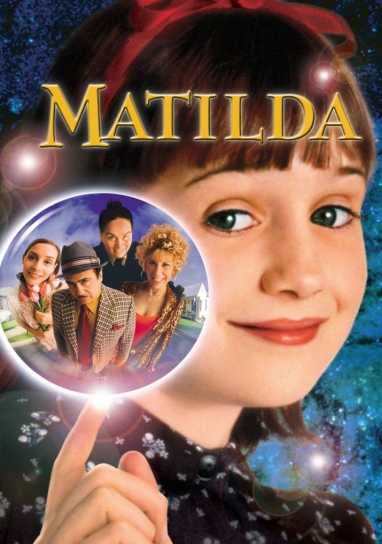 Matilda Wormwood is an intelligent young girl, she loves to read and has telekinetic powers. However, her parents and brother are nothing like her and are the complete opposite of her.

Matilda enjoys going to school and making friends. She confides in her teacher, Ms. Honey, who also shares Matilda’s love for knowledge.

Matilda’s school is governed by the cruel Ms. Trunchbull, who ironically hates children. She throws a girl out of the class by her pigtails and makes a kid eat an entire chocolate cake. The film was based on Roald Dahl’s book “Matilda” and the film stars Mara Wilson, who was also in “Mrs. Doubtfire.” 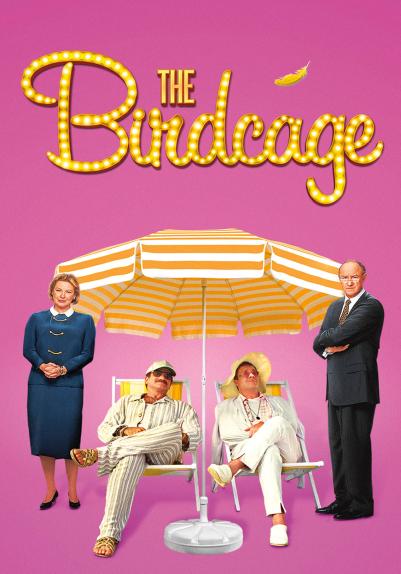 Armand owns a drag club and lives with his partner Albert. The couple happily live together, however Armand’s son Val, whom resulted from a one-night stand with a woman named Katharine, proposed to his longtime girlfriend, Barbara and now her conservative parents are going to come over to celebrate their children’s engagement. They don’t know that Val’s dad is gay, or that he has a partner.

Barbara’s father is the senator and is in the public eye. Her parents don’t want to have extra attention on them and bad press circulating about them because of Val’s parents.

In order to prepare for the arrival of Barbara’s parents, Armand tries to make Albert act straight, such as correcting the way he lifts his glass, or how he smears mustard on toast, so Albert won’t be seen as flamboyant. Armand and Albert also have a Guatemalan housekeeper, who wants to be a performer at the drag club, which adds on to the laughs. 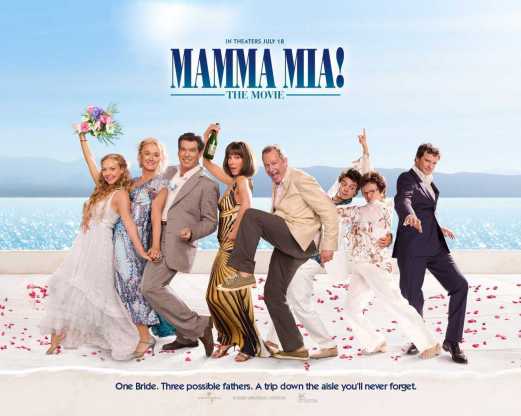 Sophie reads her mom’s diary one day, trying to catch a glimpse as to what her biological father was like, since she will be getting married soon and wants to have her dad at the wedding. She discovers that her mom slept with three men and decides to invite all of them to her big day.

Sophie’s mother, Donna, runs a poor hotel in Greece and hopes to find a wealthy man so her business can become successful. Donna’s past lovers Sam, Harry and Bill eventually arrive at the Greek Island where Sophie is to have her wedding.

Donna is also in awe that her past lovers showed up and she goes through the memories she spent with each guy as a lot of time passed since she saw each one. Her longtime friends and members of her past band, the Dynamos, Tanya and Rosie, also come to the island to help celebrate Sophie’s wedding.

The songs from Swedish pop group ABBA also make an appearance in the film, as some of the songs tie together the plot of the film. 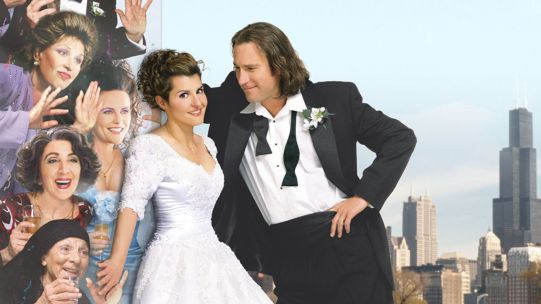 Toula Portokalos works at her Greek family’s restaurant. She is nerdy, 30 and still single, and she has to deal with being part of a big Greek family, where everyone is in each others’ business. Her parents want her to get married and have kids, but Toula wants to do something else with her life.

She eventually goes back to school and gives herself a makeover and falls in love with Ian Miller and they decide to get married. However, he is not Greek, much to Toula’s father’s dismay. Toula’s large, loud, Greek family is much different than Ian’s quiet, conservative parents, and chaos ensues before their wedding. 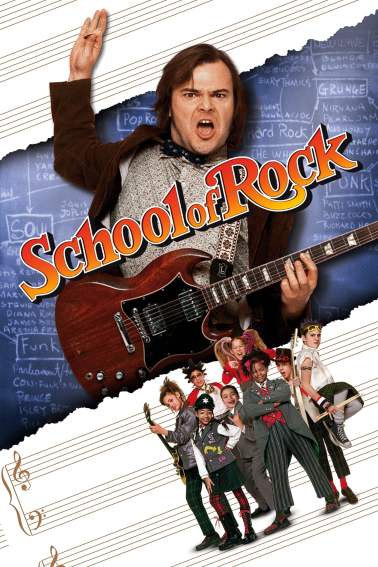 Dewey Finn recently got kicked out of his rock band and needs to make up money for rent. He currently lives with his friend Ned and his girlfriend.

However, Dewey is desperate for money, so when Ned gets a job offer on the phone from a prestigious private school, Dewey takes the job as a substitute teacher, impersonating Ned.

Dewey doesn’t play by the rules of Horace Green prep school, instead he teaches his students the ways of rock n roll, rather than having them learn about classical music.

He later enters the students into the Battle of the Bands. He sees the students grow and gain confidence in themselves and develop a passion for a type of music that isn’t forced upon them and allows them to express themselves creatively.

Dewey also falls in love with the uptight headmistress of the school, Rosalie Mullins, who shares the same passion for rock n roll that Dewey has.

All of these movies are funny and heartwarming and will be sure to lift your spirits.